“When I was in Senior 4, I had the idea to make a small notebook to help students succeed,” said Enock. The idea came when he started Senior 3 and his parents gave him a calendar notebook that he found really helpful. “I decided to ask my friend Beula for her support,” he added.

At first, Beula had difficulty understanding Enock's plans. “He told me that the project was about making a notebook,” said Beula. When Enock explained that the notebook was going to help their classmates do well in school by helping them to stay organised, she accepted. “On hearing that and remembering that failing a class hurts, I said to myself, ‘let me play my part.’” 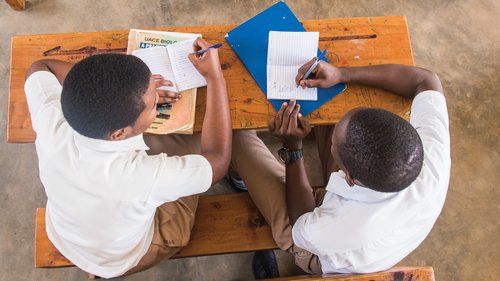 At the initial stage, they struggled because they didn’t know how to make such a notebook, much less the materials needed. However, this did not discourage them, and they supported one another by researching what they needed to know using the Internet. They later went to the school administration and asked for papers along with other tools, and off they went. While Enock was busy binding the papers, Beula took care of the finishing cuts and drawing on the notebook cover to make them more appealing.

“We showed our classmates one of the first notebooks we had made and they liked it. Some even advised us on how we could improve,” said Beula, who added that the more feedback they received, the better their notebooks became. They later shared their creation with the school administration and were given a chance to present their notebooks to students and parents at the general assembly. This gave parents the chance to see the notebook first hand so that they could give money to their children to buy them. The presentation went so well that a few of the parents bought some of the notebooks right away for their own use. Today, most of the students at the school use the notebooks and some students from other schools have bought them as well. 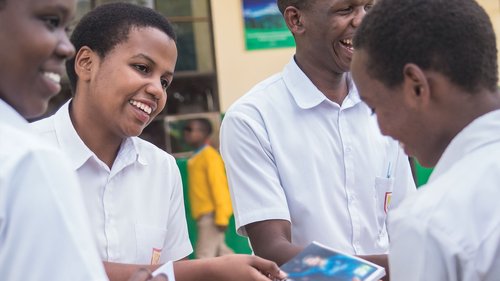 Those who use the notebook told us that when the day ends, they write in their activities for the following day. They add in time for revision, breaks and any extracurricular activities. Most confirm that the notebook has helped them to stay organised. One of those is David who said: “Now I use my time properly, thanks to this notebook. In the past, I would have trouble remembering what to revise, but now I always know what I’m going to do.”

To Prisca, another student, the notebook means a lot more than lessons:“I love taking notes. I use my notebook to summarise different meetings I attend, and the notes help me to reflect on what I learned,” she said. In addition to helping with time management, users of the notebook like its small size. You can take it in your pocket and look at it wherever you are to know what’s next and ensure that you don't forget anything. 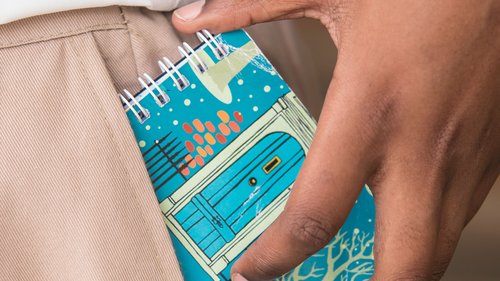 Beula and Enock’s dream is to take their project to the next level. They are planning to produce notebooks for other customers such as those in business. They believe that everyone needs to manage their time well to achieve their goals, and a checklist notebook is such a helpful tool to plan your day. 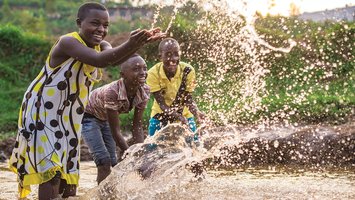 With Ni Nyampingas from Gatsibo district, we set out on an excursion to Warufu river...