Anita, 18 years old, is in Senior Three while 19-year-old Jackson is in Senior Six. When we visited them, they were standing in front of a group of students, one talking and the other nodding in affirmation. They both say that being siblings and helping each other has enabled them to be better leaders. Anita shared how they became school leaders: “Other students nominated us as candidates, and I asked Jackson if he thought we could do it, and he said yes.” They were immediately asked to think about what they would do once elected - their plan of action. 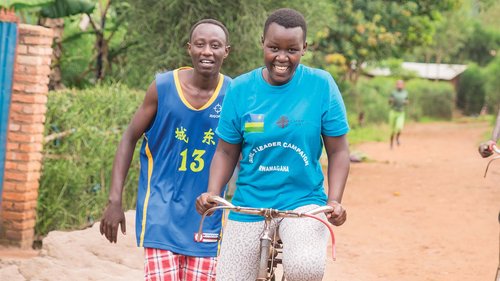 “Naturally timid, we went home and wondered if we would be able to stand in front of the whole school and give a speech, but we decided to put ourselves in the running and try to win the election,” Jackson said. The brother and sister told us they didn’t usually do their chores together, but that the day before the election was different. That night they did everything together so both had enough time to prepare their speech. On election day, they stood together to give each other confidence as they spoke. It was a winning strategy. Jackson became head boy and Anita became the deputy head girl.

After being elected, they committed to set a good example for others by improving themselves in different areas. Jackson says he used to fail in class, scoring between 40 and 45 per cent, while his sister was a latecomer because she had so many household chores to finish first. They began to support each other by taking time to talk and doing their chores and homework together. Since then, Anita has always been on time and Jackson’s marks are consistently above 60 per cent thanks to Anita’s help with revision. 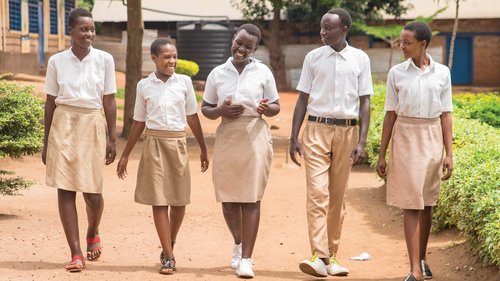 Even though being siblings has helped them to support each other on their leadership journey, it hasn’t always been easy. Jackson laughed as he related what happened one day: “I had cleaned my shoes before school when she accidentally stepped on them. I got really mad at her, but when we arrived at school we were invited to attend the same meeting.” At first, the siblings struggled to resolve the situation but they realised they needed to make up to fulfil their responsibilities. 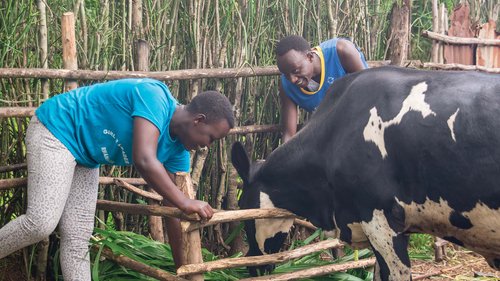 “We went outside, said sorry to each other and then joined the meeting again,” Jackson said. From that day on, they understood they needed to solve any private conflicts before they could handle their duties as leaders. As our conversation came to an end, Anita said: “Those who have siblings, friends and classmates should learn to trust each other and believe that others are capable.” Jackson added: “They should also help each other. If Anita hadn’t helped me or if I hadn’t helped her, we wouldn’t be good and respectful leaders, or hardworking and successful in class. But because we support each other, we’ve been able to achieve all of that.” 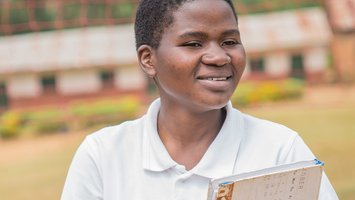 MY TEACHER, MY SUCCESS.