A LICENCE TO SUCCEED

I will never forget when six of my students who passed their provisional driving licence tests ...

Henriette, 22, is an instructor who teaches people about traffic rules, and how to drive cars and construction vehicles. Henriette always wanted to be a driver, so much so that she learned the rules of the road when she was just 15 years old. Ni Nyampinga caught up with Henriette to find out why she became a driver at such a young age.

“When I was 12, I would visit my uncle. Seeing him drive really sparked my passion,” said Henriette. She also became motivated after a situation at his house: her cousin needed to be rushed to the hospital, but her uncle was not around to drive their car. That day, Henriette wished she knew how to drive, but also knew there was nothing she could do in that moment. 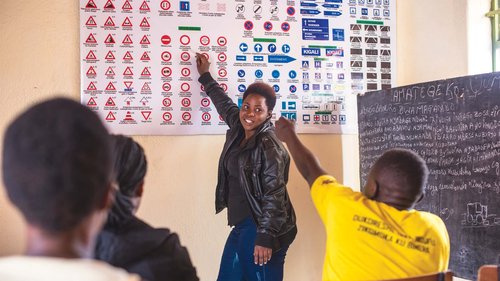 When she reached Senior 3, her parents couldn’t afford to pay her school fees, so she had to drop out. Towards the end of the year, her family managed to pull together the money needed, but unfortunately, it was too late. Henriette realized it was pointless to attend just one of the three terms. When her parents asked what she wanted to do instead, she remembered her long-held dream: “I want to learn how to drive,” she told them.

After discussing the idea with her dad, she enrolled in a local driving school. At 15 years of age, Henriette was the youngest in the class by far. In the beginning, she felt out of place though she eventually settled in. But when it came time to apply for a provisional driving licence, she wasn’t old enough to have a national ID - a requirement to take the test. “I was frustrated, but I continued studying for the next eight months until I could get an ID while my classmates only studied for a month before doing the exam,” said Henriette. 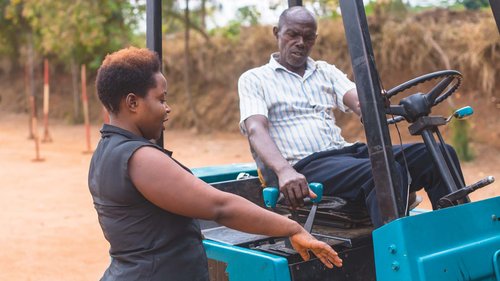 As soon as her ID was issued, Henriette sat the test and passed! Later she got a full licence that even allows her to drive large construction vehicles. After getting her licence, Henriette landed her first job as a driver and then later became an instructor. “My former teacher offered me a job because I had the best grades. I quickly said yes!”

“I will never forget when six of my students who passed their provisional driving licence tests came back to say thank you. I was so happy,” said Henriette, who is proud of the impact she is having in the lives of others. Today, Henriette has new goals on the horizon. She aspires to open a driving school in her name as well as complete her education: “I want to go back to school because it’s important to study, and I know it will help with my career and running my own school,” she said. 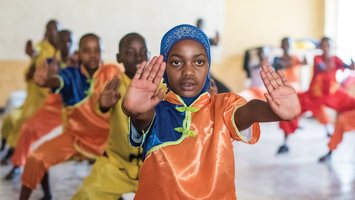