More than a thousand years ago, the sport of ‘Kung Fu’ emerged in china. Since then, the martial art has grown in popularity and gained fans around the world. Rwanda hasn’t been left behind, with Kung Fu finding its way from the far east to Ngoma district in Rwanda’s eastern province. There, an incredibly talented and driven ten year old has taken to Kung Fu with passion. This young Ni Nyampinga, Zulfat, has already won five medals, and the sport led her to the birthplace of her favourite game: china. But how did Zulfat achieve these triumphs in this game of martial art? We went to meet her to find out more!

It’s 6:00 am in Ngoma District and Zulfat is wide awake and ready to begin her kung fu training. Dressed in sports clothes, the Ni Nyampinga team joins Zulfat for the 20 minute walk to Centre Dushishoze, where her kung fu club practices. On the way, we chat to Zulfat and learn how she developed such a unique passion. 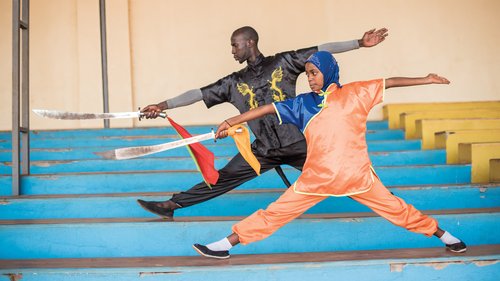 Zulfat was just seven years old when she started kung fu. At that time, there were only two girls in the club, Zulfat and one other. “I have a brother who is two years older than me, and he learned kung fu before me,” said Zulfat. “Whenever he came back from kung fu practice, he would train at home and I watched him. I came to love the sport and sometimes I joined him,” she said.

As her passion for the sport grew, Zulfat asked her parents if she could learn kung fu like her brother. At first they were hesitant because they didn’t think martial arts were for girls. But Zulfat persisted and showed her courage to do kung fu. Eventually, her parents gave her permission: “I kept on asking my parents, and I continued to train with my brother. When they watched us and realised how much I love it, they let me join the team.”

When we spoke to Zulfat’s father, he explained how he was won over to let Zulfat join the team: “She proved her willingness and love for kung fu. We didn’t want to deny her the opportunity to follow her passion.” For Zulfat, her parent’s support to join the club was the first step that allowed her to progress to where she is today. 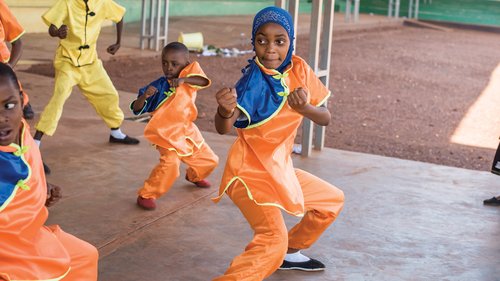 Since then, she has worked incrediblyhard to achieve her goals. At the beginning, however, Zulfat found it hard to be one of only two girls on the team. But her coach, Amri, supported her along the way and told her she would be an inspiration to other girls. And he was right. Today, Zulfat’s club has nine girls - just under half of the 23 members of the club.

Zulfat said the support from her parents and coach pushed her to train even harder: “They sometimes gave us a break, but I did not rest. I continued to master what we learned.” She says her courage and resilience are the key factors in helping her to win medals, and she was proud to bring home a medal each time she participated in a contest.

One day, the opportunity came to . represent Rwanda at an international kung fu competition in China. Of course, Zulfat was chosen! The day Zulfat learned she was going to go to China and the day her parents took her to the airport are two that will stay with her forever because she saw the pride and joy it brought to her family. “I competed with balance, courage, and vigour, and so I won,” Zulfat said. 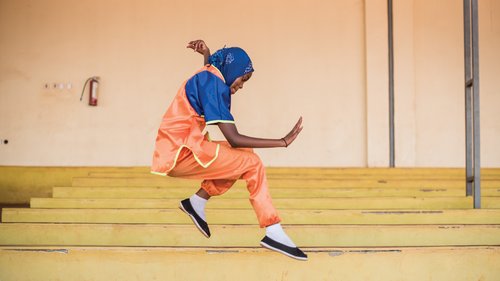 Despite some people thinking that kung fu is only for boys and men, Zulfat politely disagrees: “This sport is for both boys and girls. Girls, we are able as well. Whoever doubts this should visit us during practice and see how well we do it.”

The sport has also helped Zulfat in other ways. “I no longer arrive at school late because kung fu has taught me to be quick in everything I do,” she said. “I have also developed my self-confidence unlike before.”

For this young Ni Nyampinga, kung fu is a sport that teaches discipline and focus: “When your partner does something funny during practice, you cannot lose focus. This is a skill that I applied to my studies, and today I perform better than ever before.” Zulfat aspires to open her own sports club where she can teach kung fu to fellow girls and boys, and hopes they will train their friends as well.

From humble beginnings practicing with her brother in the garden to being an international athlete, Zulfat has come far and shows us the importance of following your passion and never giving up. 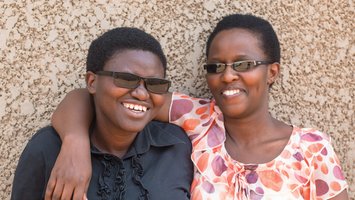 MY PASSION FOR POETRY

Clarisse had the idea of writing poems...