Playing sport requires physical strength, quick thinking and skills like running and jumping. Rugby is a sport that also needs perseverance and focus. Ni Nyampinga visited a girls’ rugby team in Ruhango district, where we watched them play. Afterwards, we sat down with the team and they told us how their combined talents and abilities help them to win.

There are a few different ways to play rugby. Here in Rwanda, we play ‘Rugby Sevens’, which is played by two teams with seven players each. The field is divided into two sides, one for each team. The aim is to get the ball to the other end of the field. The players must move the ball forward towards the end zone, so that they can score. But there’s a catch: players are not allowed to pass the ball forward, they can only pass it backwards.

Another amazing thing about this game: kicking is allowed but only players behind the kicker at the time of kicking are allowed to chase and play the ball. This game requires a high level of discipline and concentration because difficult movements like tackling are allowed. Tackling can only be done below the shoulders, and it is done carefully so that no one gets hurt.

Ni Nyampinga met with the girls' rugby team to learn more and found them on a football field at a place called Ndangaburezi. There’s no grass on the pitch, and even though the rain was falling, it’s now dry. The players, wearing the same mostly white coloured jerseys, are playing, running and passing the ball. It’s clear each of them has the courage and determination to win. 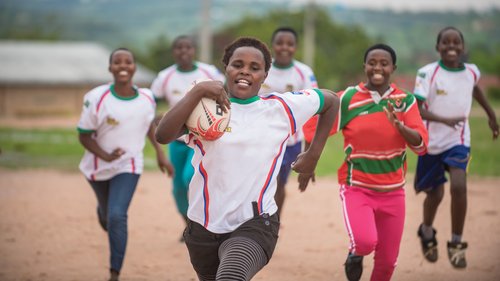 As some of the players took a break, they told us that they started rugby because they liked the way it is played, and it matched their height and talents. While the size of the players is important in this game, girls of any height can play rugby because each brings something different to the team.

Vestine, who is very tall, told us that she has been playing rugby for two years, and that her height was one of the main reasons she started after her friends suggested she try rugby. On the other hand, some of her teammates joined with different assets. Ariane is a small girl who runs very fast. As they explained to Ni Nyampinga, the fastest player is in charge of scoring. “I’m the one who scores because no one can easily catch me when we are running!” Ariane confirms.

Others joined the game because of the skills they learned from other sports. Marita told Ni Nyampinga that she used to play football, then later learned about rugby and she felt it would be a good fit for her: “I used to play football often, and because it also requires hard work and physical strength, it helped me play rugby better.”

Marita now takes pride in sharing what she has learned from rugby with her friends, like Shadia. Marita taught her how to properly carry the ball, Shadia says. We wondered if there is a specific way to hold the ball, and Shadia quickly answered: “Before I used to carry the ball in front of me, but the ball should be carried closely at your side, so that you can run more easily.” 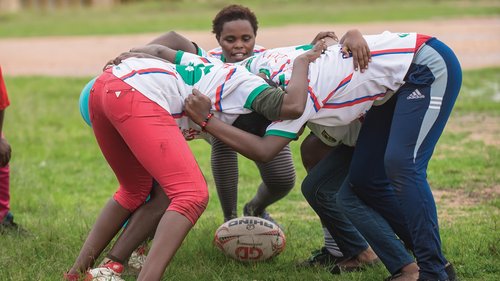 Knowing the rules and having the talent and physical strength has helped the team to overcome difficult situations on the pitch. “When we started playing, running was hard for me but my teammates helped me. We did simple exercises until I got used to it,” Vestine said. Marita added: “We work together as a team!”

When you hear how the team members put their skills together in order to win, you might think it has been easy for them from the beginning. But these Ni Nyampingas told us that their parents used to worry about them due to the physical contact the game requires. “When we started, our parents were worried that we would get injured,” Marita says. The Ni Nyampingas thank their coach who helped them explain to their parents the advantages of rugby, and that they are safe. “Now our parents support us!” Marita added with a smile. 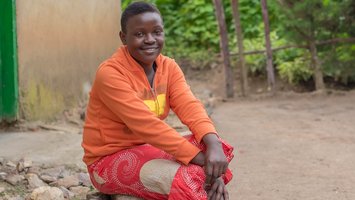 As people, there are some mistakes we make when we are saving that may lead us to fail in saving. What are those mistakes? What would be the lesson Ni Nyampingas should take from these mistakes that may help them to resave. Ni Nyampinga have visited Christine and she shares with us the mistakes she did that affected her, and she ends up failing to save. She also told us what motivated her to resave.