“we sometimes think that what we learn at school isn’t relevant to everyday life after school, but that’s not true! in one way or another, that knowledge will come in handy,” said Alyn Sano, a 23-year-old singer, who graduated from university in 2017. she tells Ni Nyampinga how her education helped her to nurture her talent and become a professional singer.

ALYN: My full name is Aline Sano Shengero. I’m 23 years old, and I’m a singer. I write and perform my own songs, but I also do cover songs. I graduated from university in 2017 in Tourism and Hotel Management.

NN: How did you get into music?

ALYN: It’s funny! I started singing in a choir when I was 15 and people told me that I had a good voice. That really motivated me to keep going. My brother is a music producer, and he organised paid performances for me at different events. Back then, I could only really perform two songs that I knew well. That’s really when I started to perform in public, and it helped me to get to know a lot of other singers. Usually, I would do backup vocals for them.

NN: In the beginning, you were only doing cover songs; how did you start making original songs?

ALYN: I met ‘Active’ music group, and they asked me to feature on one of their tracks. It turned out to be awesome, and so I asked myself, ‘Why shouldn’t I make my own songs?’ I went ahead and released my first single ‘Witinda’ (Don’t Delay).

NN: I guess you were a student at the time; how were you managing everything while also being a singer?

ALYN: It was hard; it required a lot of effort to do both well. I decided to focus more on my studies, but I also continued performing at concerts to help pay for my studies and to support my family.

NN: So the music industry was your main source of income, but you prioritized your studies, right?

ALYN: Yeah! We sometimes think that what we learn at school isn’t relevant to everyday life after school, but that’s just wrong! In one way or another, that knowledge will come in handy. Studying was an opportunity I could never pass up. If I had put equal effort into both music and my studies, one would have suffered. So I prioritized school, and I don’t regret it because my education has helped me to be more professional in my music career.

NN: How has the knowledge you gained at school contributed to your music?

ALYN: I realized that some of the subjects are really important for my music career.English, for example, helps me to sing and interact with English speakers. I can present on English talk shows and interact with journalists, which helps to promote my music. I’m also benefiting from a course I did in customer care by treating my fans as my customers, listening to them, and trying to make them happy.The marketing course I did has also been important to my career because I want my songs to be hits. There was another course I did about setting goals, and now I can sit down and “OK, this year I will make this number of songs, and I will perform at this number of concerts.” That way my music career has a clear direction. 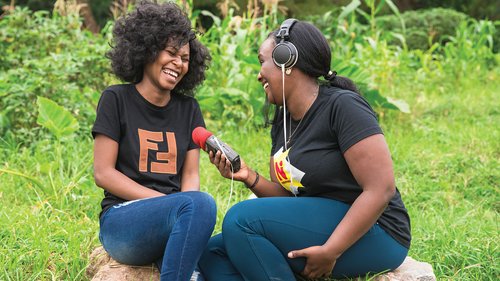 NN: What’s your advice to Ni Nyampingas who want to nurture their talents?

ALYN: Take up all the learning opportunities you can because each one will benefit you in some way or another. These might be school courses, short trainings or even learning from others, there’s always a way to get better at whatever you love to do. 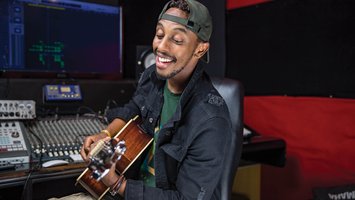 BY NAME AND NATURE