A game that helps them to have fun

The game of Volleyball requires concentration, stamina and skill. Two teams battle to score points against each other by hitting the ball over a high net. In Kirehe district, volleyball coach Awunick is sharing her talent for the game with the next generation. Awunick first played volleyball in senior two, and thanks to her dedication, quickly became the best player at her school. In senior four, she joined the national volleyball team. Today as coach, Awunick is inspiring the youth of Kirehe and helping to change lives, including her own.

It’s early morning and Awunick is at the sports ground in Kirehe district. Dressed in sports clothes, the volleyball coach is sharing tips with young boys and girls. Awunick demonstrates how to jump and hit the ball, which the players do happily. It’s clear from their energy levels that they really enjoy the sport!

When the training finished, the Ni Nymapinga team spoke to some of the players and asked why volleyball makes them happy, and what they get out of the sport: “I can now play volleyball thanks to Awunick,” said Judith. “In the future, I might even play for the National Volleyball Team. I put a lot of effort into my training so that I make the team.” 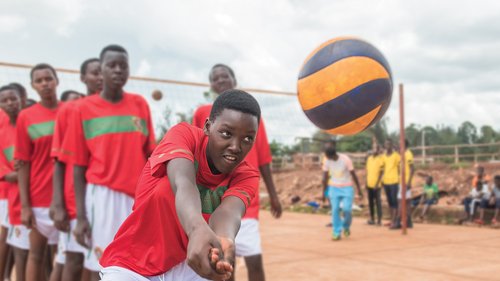 For Awunick, teaching volleyball is a way to help young people enjoy time with their friends: “After high school, I started teaching in secondary schools. When I realised that there were few ways they could have fun, I decided to teach my students volleyball. It’s a game that helps them to have fun together.”

Soon after deciding to spend more time as a volleyball coach, Awunick changed jobs and began training children of all different ages - some who go to school and others who don’t. It was a challenge for Awunick because she found it hard to bring them together. Another challenge was not having the right training equipment.

Despite this, Awunick has never been discouraged and instead looks for solutions to overcome any challenges: “Those difficulties didn’t discourage me because I knew what I wanted to achieve. I approached the leader of the district and asked for help. He helped me find the right people who could encourage children to participate, and helped us find the balls and jerseys to use, and a volleyball court for training,” she said. 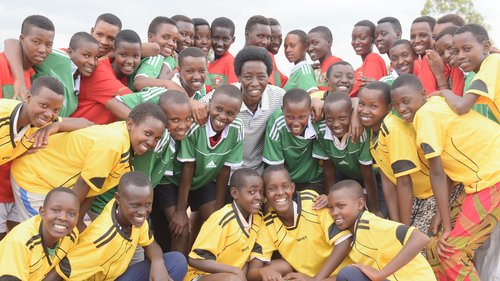 Playing volleyball has had a big impact on the lives of the players, especially in how they socialise with others in their everyday life. One of the children trained by Awunick, Theodore, told us: “The way our coach teaches us made me realise that I could also share the things I know with my friends. Now when there is something we learn in school that my friends don’t know, I bring them together and explain it so that we all succeed.”

Awunick is happy that she has accomplished the goal she set many years ago. Some of the people she trained now play for the national team, while others have become coaches themselves. “Sometimes the people I coached come to me and say, ‘We learned a lot from you,’” she said with a big smile. 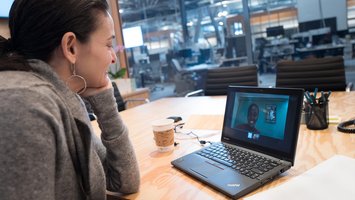 BECAUSE WE ARE STRONGER TOGETHER!

It’s never too early to lean in.