THE SECRET TO SUPPORTING EACH OTHER

Joselyne told us that Yvan also helped her to stop being shy...

Joselyne and Yvan, both 19, recently finished High School after three years studying Mathematics, Chemistry and Biology together. From the time they met in senior 4, they kept supporting each other in class and in senior 6, they even shared a desk! Speaking to Ni Nyampinga, Joselyne and Yvan told us that working together helped them to improve their grades and perform well in the national exams.

When Ni Nyampinga arrived at Joselyne’s home early in the morning, we were amazed at the bond she shared with Yvan. Seeing how they interacted with each other got us thinking that they must have kept supporting each other even after high school. A few moments later, our thoughts were confirmed when they started talking about the university entry exams they had just completed.

We asked them how they came to be there for each other. “In Senior 4, I sat at the desk behind Joselyne. Whenever she had difficulty in class, she would turn to me for help. I explained biology to her because I understood it best. And when I had problems in maths, I would ask Joselyne because she was better at it than me," Yvan said. 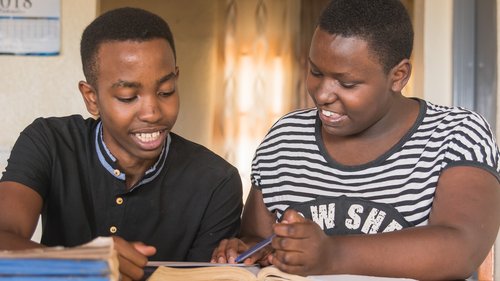 “Joselyne always encouraged me to study whenever I got distracted," said Yvan, who counts her as a special friend. He told us that Joselyne was so committed to her studies that if a teacher posed a question that everyone found difficult, Joselyne wouldn’t stop until she found the right answer. Yvan admired her tenacity.

Joselyne told us that Yvan also helped her to stop being shy. Because of his confidence in asking questions in class, Joselyne would beg Yvan to ask a question on her behalf. But since then, Yvan has encouraged her to fight that fear and ask questions herself.

Throughout high school, Yvan also liked to read books – so much so that his desk would be full of books covering a wide range of subjects. This inspired Joselyne to start reading, and she learned a lot of new things that improved her grades.

Their teacher told Ni Nyampinga: “In Senior 6, Joselyne became very knowledgeable about biology because she liked to read books and ask questions. I think this was in part thanks to Yvan.” 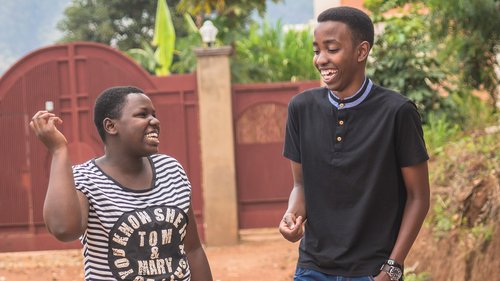 “Joselyne taught me all the French that I know," said Yvan. Today, he can take a French exam without a care in the world – something unimaginable in the past. In the third term of Senior 6, their study partnership hit a hurdle when Joselyne went to live and study at home. Before that time, they had both been boarding at the school. This limited the time they could spend together, but the team wasn’t deterred. “We agreed that we would each take a different textbook home and then meet up later to discuss what we had learned," said Joselyne.

Joselyne and Yvan confirmed the old saying that two heads are better than one: “There are things you know that your friend doesn’t, and there are also things that they know better than you. When you are together, you encourage each other," said Yvan. For Joselyne, helping others shouldn’t stop at the school gate, but continue long into the future – even after graduation day 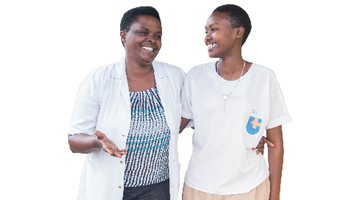