WE SPEAK FOR OURSELVES

You need to have a clear vision of what you want...

If you have an idea that needs someone else’s approval, you must be able to explain it well - both to your supporters and those who will give you permission. Ni Nyampinga visited three young people, Claire, Thierry and Elizabeth, who all had big ideas and made them a reality by convincing others. Find out what their ideas were and how they managed to do it, and learn some negotiation tips for when you need to do the same!

From the very first day Claire found out she could study electricity at school, she made it her mission to take that subject. But things did not go exactly as she expected. To begin, she was about to start her advanced level and was already assigned to study accounting. In an effort to change, this Ni Nyampinga met her school principal to tell him what she wanted to do instead. But she quickly discovered it was not easy for people understand her idea.

“The first time I told him that Iwanted to change subjects, he refused. He told me to go back and take time to think about it again,” Claire told us.

The school principal sent her back four times to think about her decision. But Claire had a powerful motivation: the dream to bring electricity to her village!

Today, Claire studies electricity. Explaining how she managed to convince her teachers, Claire said, “You need to have a clear vision of what you want, dare to say it, and respect the people you are speaking with.” 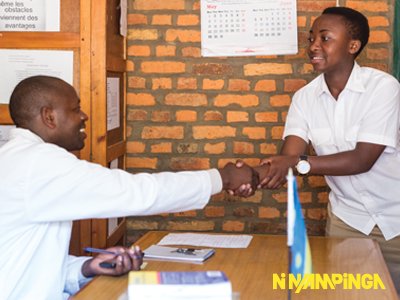 The principal of Claire’s school told us what persuaded him: “It is because she managed to clearly tell me why she wanted to change subjects. I delayed in approving her decision to make sure she had taken enough time to think about it.”

Another example is Elizabeth, a 27-year-old Ni Nyampinga, who wanted to go find a job in Kigali. Originally from Huye, she first had to get permission from her parents. Today, Elizabeth has a hair salon in Kigali, and she has been working there for four years. At the beginning, she also found it difficult to get permission from her mother, who was a bit anxious about her moving to Kigali.

When we visited Elizabeth’s mother, Mukamuremyi, in Huye District, she told us that when her daughter asked permission to go to Kigali, she did not immediately give it. She said she was worried that her daughter would be far away, and that she wouldn’t be able to advise her face to face. Mukamuremyi told Ni Nyampinga that her daughter was well behaved, which was the main reason she gave her permission to go. Elizabeth had also shown she respected her parents and her mother believed that she would follow her advice during her stay in Kigali. 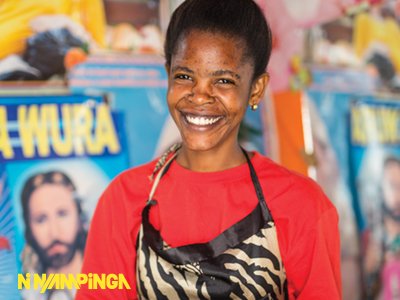 Today, Mukamuremyi is happy with what Elizabeth has achieved and no longer worries about her. She also told us that she realized, if they hadn’t given her permission, they would have taken away her chance to develop herself.

We also met Thierry, a 20-year-old boy, who studies at Nyanza Secondary School. Thierry is the student representative at his school and had the idea to persuade the school to buy a sound system. This idea came after seeing how it was difficult to speak to all the students at the same time.

In his calm voice, Thierry told Ni Nyampinga that it was not easy to approach the school principal. He first shared his idea with a friend who also represents students, then to the dean in charge of discipline, and they assessed the idea together. After that, they wrote a letter to the principal explaining their wish. At first, the principal said the school did not have budget for that.

So Thierry got creative and asked permission to fundraise amongst the students. The principal accepted. Thierry explains why he thinks his idea was accepted: “Assessing my idea and knowing how important it was made sure it was taken into consideration.” 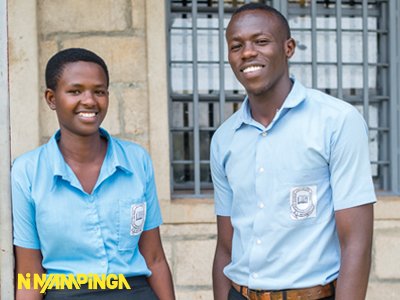 Negotiating new ideas or changing a long-standing situation can take time and, as we’ve seen, perseverance and patience. When people first hear an idea, it can take a while for them to fully understand it, but it is possible to do something to ease their concerns: Elisabeth worked hard to prove to her mother that she was responsible, and when Thierry heard that there was no budget for a sound system he came up with a way of paying for it.

Claire, Thierry and Elizabeth didn’t give up. Instead, they focused on why their ideas were important to them and to their community. Their stories show us that through respectful negotiation, these young people persuaded their principals, teachers and mothers that their ideas would benefit everyone. Do you have an idea to improve your community? Let us know by sending a text message to 1019!

• It’s important to explain why your idea will be beneficial to you, your family or your community. It’s also helpful to consider the concerns that others might have in advance so that you’re ready to respond to their questions. For example, Elizabeth wanted to work in Kigali, but her mother was worried. So she addressed her mother’s concerns and convinced her she was responsible.

• Parents and teachers often feel concerned for your well-being or simply do not understand your proposal. Listen to them and think carefully about how you can respond to them. Even if people don’t agree right away, that doesn’t mean that you should give up. Always be respectful to them. For example, Claire made sure she knew what she wanted to achieve and managed to persuade her principal about the benefits for her community. She was respectful, never gave up, and so she achieved her dream. Sometimes, you will need to consider the feedback and change your idea. This can even make your idea better.

• It is also helpful to find creative solutions to any challenge you face when convincing people. Thierry struggled to receive permission from the school for his proposal. After considering the funding problem the school faced, he came up with a creative solution to fundraise with his fellow students and the principal accepted. Showing others that you are determined and willing to work hard will help you to persuade them to support your goals.