Rwandan girls, you are entitled to study and to succeed...

GRATIEN: I do a lot of arts related stuff. First of all, I am a film actor, but I sometimes direct movies as well, like the Seburikoko film. I am an actor with the Rwanda Broadcasting Agency Indamutsa theatre group. I do some MC work, as well as poetry and music. Apart from that, I have the things I like in life!

NN: And what are those things?

GRATIEN: (Laughing!) When it comes to food, I like isombe (cassava leaf dish) and tea. In the arts, I like poems and traditional songs.

NN: Can you talk a little bit about the Seburikoko film?

GRATIEN: This film helped me to become famous. It helped me to get new jobs that pay me more money than I earned before.

NN: How do you feel when people refer you as Seburikoko?

GRATIEN: I like it so much. It shows me that people were interested in what I acted, and that’s what any artist would wish.

NN: So you realised you were such an artist when you featured in Seburikoko?

GRATIEN: No way! I started composing stuff when I was in grade six in primary school. I wrote poems and some jokes.

NN: So how did you end up in drama and film?

GRATIEN: I wrote a drama called “Isi irikoreye” (Things Gets Worse) when I was in senior four in secondary school. I featured in it as a character with the name Isirikoreye. I wrote it for a competition on unity and reconciliation, and I won! It was later awarded at the national level. 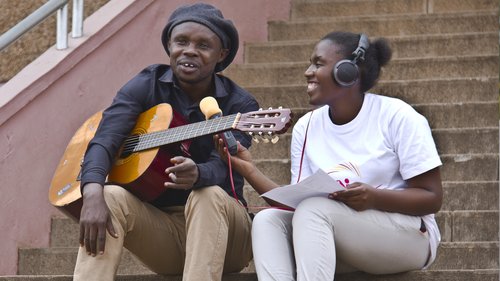 NN: Was it a comedy?

GRATIEN: No! Isirikoreye was a character that sees things only in a negative way. I was not supposed to make people laugh.

NN: Do you still write dramas?

GRATIEN: (Laughing) Yes I do! I write mostly one-man drama scripts that I perform alone.

NN: That you perform alone? What do you mean?

GRATIEN: Yeah! I perform the roles of every character. For instance, I play five roles alone. I change the voice and character.

NN: Where do you perform these types of drama?

GRATIEN: It depends on where I get the job.

GRATIEN: (Laughing) They love them so much. These types of drama are long, but never boring. People stay focused until I finish my performance. I used to perform them in secondary school, and a lot of people would pay to enter. 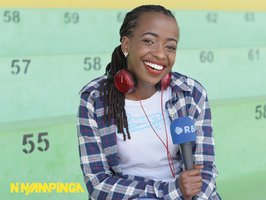