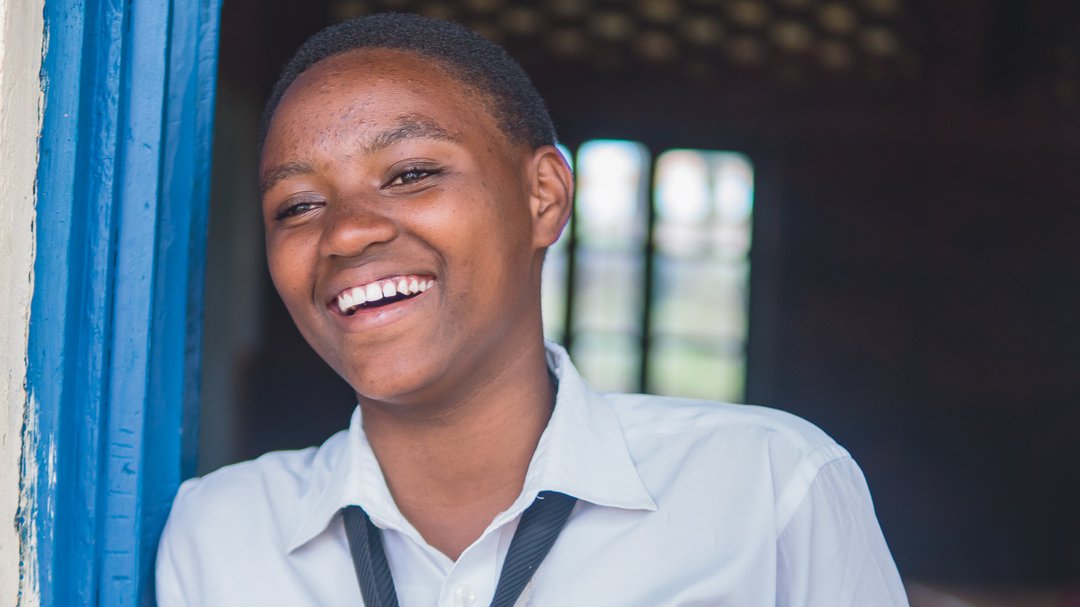 Talking about reproductive health can sometimes be embarrassing and scary. Some of us even think that these discussions are only for grown-ups, but that’s not true. Fourteen-year-old Ni Nyampinga Pierrine was among them. She didn’t like talking about it, didn’t know how to act during her period or what to say to a boy who asked her out. After going to club meetings, however, and seeing her peers talk about these topics fearlessly, and even contributing herself, she is now informed and helps others.

Growing up, Pierrine preferred not to talk about reproductive health and relationships. Whenever a boy approached her, she avoided him. For Pierrine, having close, long-term friends was a challenge. “I overheard my big sister and her friend saying that such conversations weren’t for children. I thought I would only talk about it when I got much older.”

This meant she didn’t know some important things like how to use sanitary pads. Pierrine explained to Ni Nyampinga that when she got her period she would sit still because she was scared of staining her clothes. As a result, she struggled to pay attention in class and sometimes failed her exams. 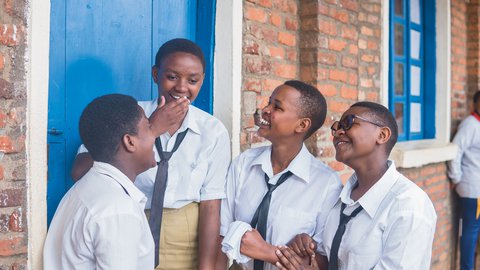 “One day we heard people singing in a classroom. We went in and found out it was a club.” Pierrine told Ni Nyampinga that she liked the songs but that things changed in an instant. “I wanted to leave when I heard them talk about growing breasts.”

Pierrine’s friend convinced her to stay, suggesting that they listen to the important discussion. Even though she decided to stick around, she dared not ask a question or express an idea. Instead, she listened attentively. Eventually, Pierrine enjoyed what was discussed, especially because most of it was new to her.

One of the things that surprised Pierrine most, and which inspired her to keep attending the meetings, was that her questions and concerns were similar to others. The more she learned, the more confident she became, even to the extent of discussing it with others. Today, Pierrine feels comfortable enough to ask her mother if she doesn’t understand anything. 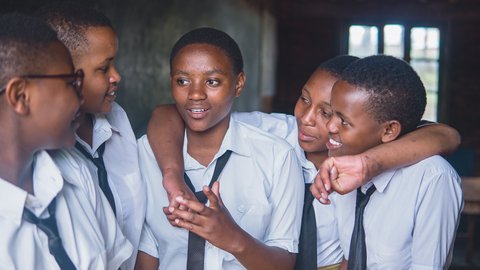 Some of the club’s discussion topics can be challenging, such as bodily changes and rumours about sexual intercouse. Pierrine told us that some members heard that having sex cures pimples. However, when they asked a biology teacher, the teacher told them it wasn’t true.

One of Pierrine’s friends, Hope, says she is proud of how Pierrine has grown in confidence and can now talk about topics she used to be scared of. Hope says she has learnt a lot from her friend and that she too now likes to ask questions. The knowledge she has gained means she understands herself more and can make more informed decisions.

Pierrine wants other girls to know that it’s normal to have tough discussions with your friends because we all have the same questions and concerns and that together we can find accurate information.