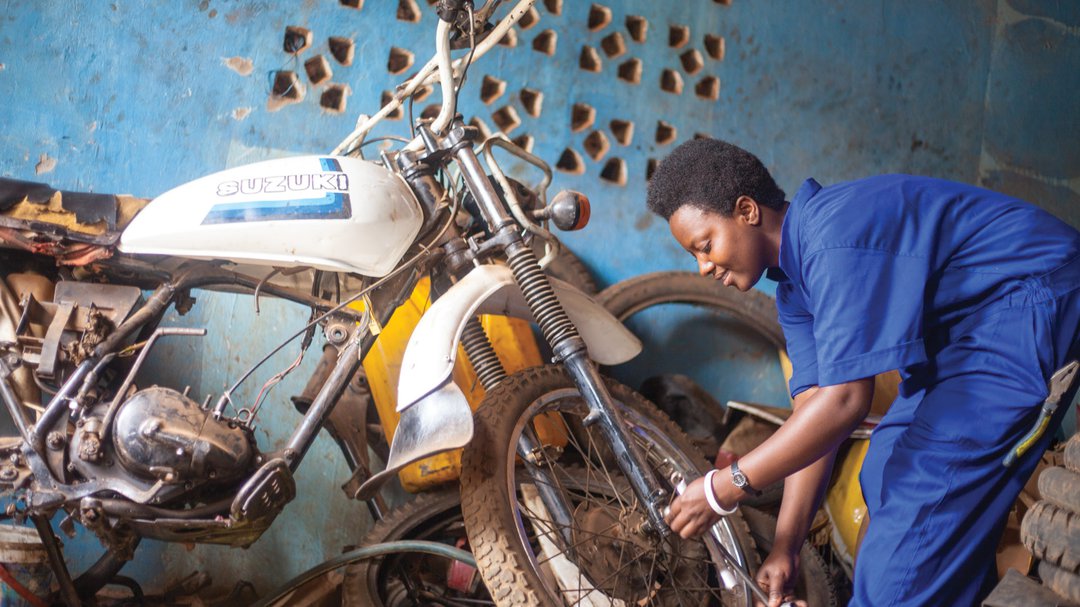 It’s Thursday and the Mugera market in Gatsibo district is bustling as people come and go, buying and selling goods. Some, however, pause with curiosity to look at Sandrine, a mechanic who works just near the market. In blue overalls, Sandrine is doing her job just like every other day. When we met her, she had just come out from underneath one of the cars. We wanted to learn more about how she became a mechanic, and how her father supported her to achieve this goal.

Sandrine is 20 years old and works as a car mechanic. When she was growing up, she wanted to be independent and work for herself rather than for others. It was this desire that motivated her to become a mechanic.

“I had self-confidence, I listened to advice, and had the will to make it. I had nothing else. If my father had not supported me, it would have been hard for me to achieve it,” Sandrine said.

The support from Sandrine’s father has been invaluable. He paid her school fees, found her a place where she could be trained, and he even helped her to buy the tools she needed for her job. 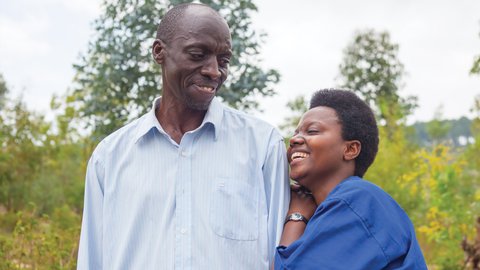 Today, Sandrine’s dreams have come true. She works on her own, and she has been able to buy a motorcycle that helps in her day-to-day work. But it hasn’t always been easy. When she started, people discouraged her saying that no girl could become a mechanic because she could not lift the heavy car parts or lie under the vehicles. But her father has been by her side every step of the way.

“My dad would always encourage me, telling me to keep it up,” Sandrine says. “He always told me that you can only rely on yourself.” Sandrine repeats these words when reflecting on the steps she has taken with her father’s support and how she overcame the challenges she faced.

After talking to Sandrine, she introduced us to her father who sells sugar cane in the market near her garage. “As a parent, I listened to her ideas. The first thing I told her was to have the will to do it, and that this will help her to come up with the right idea. She did it in the way I told her. She put in a lot of effort and now she is enjoying the fruits of her labour,” he told us.

Sandrine would like to achieve even more, including opening a spare parts shop. "If my father had not supported me, I couldn't have achieved my goals. It is all thanks to his support"