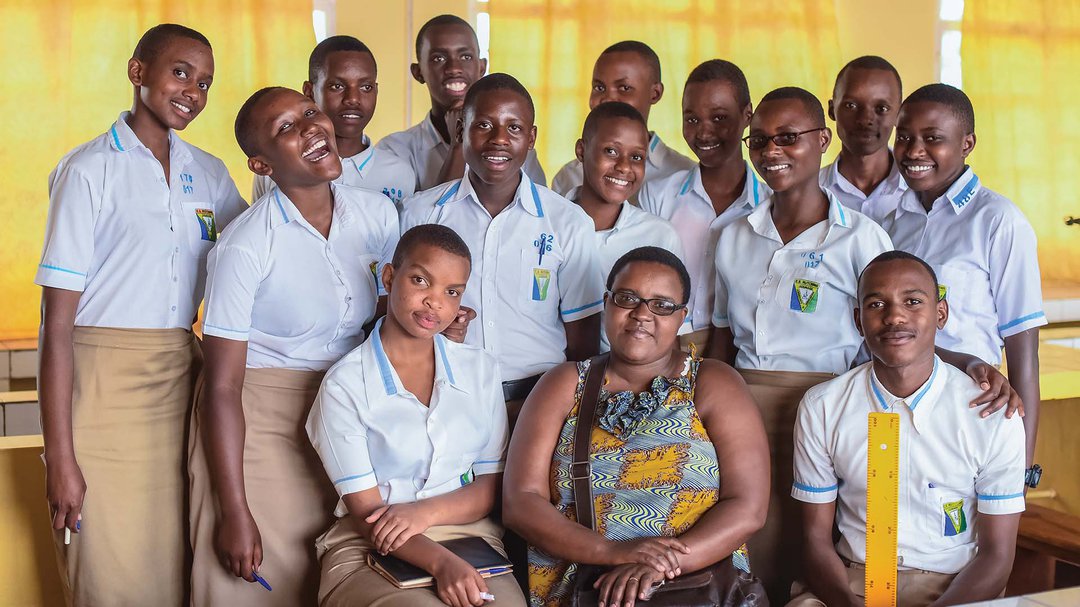 They too can reach great heights...

Dr Lydie Mpinganzima is a 38-year-old professor of mathematics at the University of Rwanda - and one of the few women in the country with a doctorate in this field. With 20 years of academic experience, she assured members of a science club at Rutobwe high school that they too can reach great heights in their own educational endeavors. 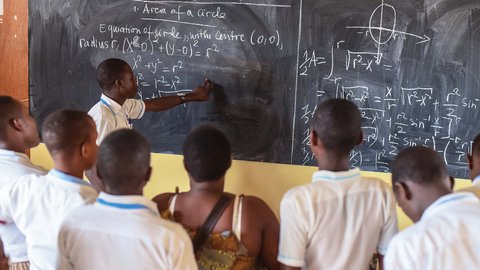 In front of the school laboratory, students listened attentively as Dr Lydie shared how she became a PhD degree holder in mathematics - a path many of the students are eager to follow. Dr Lydie told them that she was helped by three things on her academic journey: “Working hard, avoiding distractions and loving my subjects have always been at the heart of my success.” During her remarks, Dr Lydie focused on her time at high school because that’s when she was determined to excel in all subjects. “My goal was to do well in all my classes, without exception,” she said.

Dr Lydie dreamt of becoming a medical doctor when she was in high school. However, during her second year at university, she was transferred to the Department of Mathematics. But this didn’t deter her and instead, she set a new goal. “I said to myself: ‘I have to do well in my mathematics courses so that I can reach the highest level and become a lecturer.’” She worked hard to achieve her goal and was awarded a degree with good grades. That year, she was one of just two female students in a class of nine who graduated in mathematics. Dr Lydie found a job teaching at a high school and later became an assistant lecturer at university. 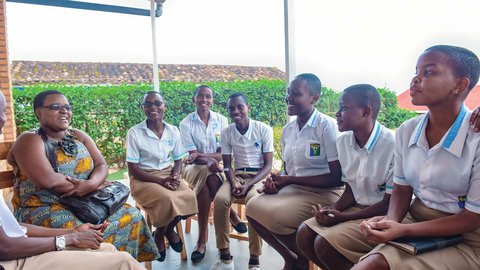 The university was impressed by her work and offered her the chance to further her studies abroad. Dr Lydie was initially surprised because she was only an undergraduate, but took up the opportunity, competed with others, and was sent to study in Sweden. Despite her success, Dr Lydie says her journey has not been an easy one: “It was tough, but I overcame the challenges I faced.” The biggest challenge of all was memorising everything she had to learn, but she found a solution: “I developed a habit of waking up early in the morning and studying when my mind was fresh. But because not everyone is an early bird, you can decide what time works best for you.” 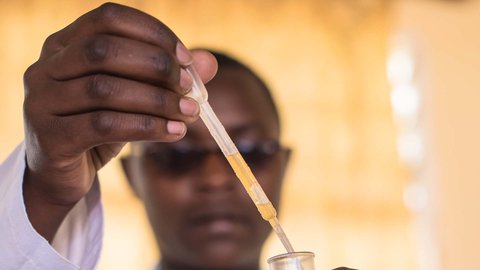 Dr Lydie’s limited knowledge of English was another challenge, as it was the language of instruction at her new university. However, she mastered the language by reading a lot of books and speaking it often. She also says that while most challenges affect both male and female students, some are particular to women. "The biggest of all is underestimating yourself or lack of confidence," she explains. Dr Lydie managed to overcome this because she knew what she wanted to achieve. To reach where she is today, she credits many people who supported her, including her friends with whom she would study. Her parents also encouraged her to pursue mathematics at university, even if not many women studied at the time.

Dr Lydie is grateful to her teachers, especially one from Primary 6 who said she could achieve great things in the field of science as long as she applied herself. Dr Lydie concluded her talk by encouraging the students to work hard, use their time wisely, never get discouraged and support one another in class. She encouraged girls, in particular, to be confident, take up any opportunities that come their way and to make the most of them.