CAN SIBLINGS BE BEST FRIENDS?

Buravan, and his best friend; Raissa

In most families, brothers and sisters share strong bonds with one another. Sometimes, however, siblings become best friends. To understand what it takes to be best friends with a sibling, ni nyampinga visited musician Yvan, better known as Buravan, and his best friend: his sister, Raissa. They shared with us the importance of their friendships and the impact they have on their lives.

Famous Rwandan musician Yvan, who you might know as Buravan, also has a close friendship with his sister, Raissa. When we went to talk to them, we found Yvan at his sister’s house playing games with Raissa’s children. Raissa is older than Yvan, but they advise each other and also have fun together. “At the age of 14, Yvan started to get involved in music, and I found it necessary to talk to him and provide some words of wisdom and guidance,” Raissa said. For the brother and sister, the support Raissa gave Yvan with his music career was the starting point of their strong friendship: “From that time, we became friends, and he would often ask me to advise him as I knew all his plans. But he also gave me advice. Yvan is a very good adviser.” Raissa said. 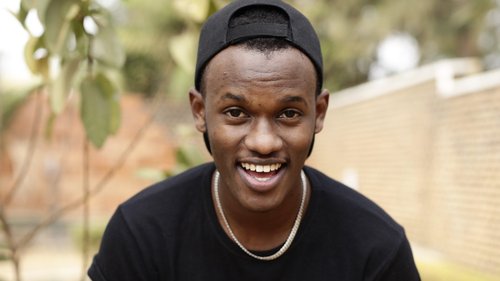 Yvan told Ni Nyampinga that he is happy they have developed such friendship, and said that Raissa is one of the first people he asks for advice about his music. As a way of thanking Raissa for her friendship, we concluded the interview with Yvan singing for his sister. There was no doubt that this meant a lot to Raissa, as she wiped tears of joy from her eyes.

The siblings we met show us that happy and healthy friendships between brothers and sisters can be a pillar of happiness, and can help us to achieve the goals we have set for ourselves.