MY LOVE FOR ART

During Ordinary Level, Madina was discouraged by her classmates when she told them she wanted to study at an art school...

Although art is evolving in Rwanda, we don’t often hear about girls pursuing this field. There are some, however, who are leading the way. Madina, 18, is one creative Ni Nyampinga who has longed to be an artist since she was young. Today, she studies pottery and woodwork and intends to make it her career. Ni Nyampinga visited Madina to learn how she came to study her passion in the face of adversity.

The first thing you notice about Madina is that she is very composed. “Art is a way to share your thoughts and feelings in a way that is tangible and beautiful,” she said.

So, where did her love of art come from? “I live on the road to Akagera National Park where artists make all sorts of things out of wood and clay. When I was little, I would look at what they had made, and I tried to copy their work using clay. I really enjoyed it,” said Madina, who sometimes even made small sculptures from raw sweet potatoes. 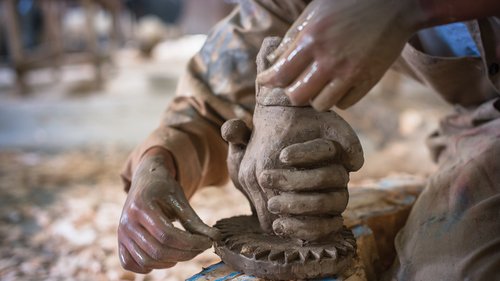 During Ordinary Level, Madina was discouraged by her classmates when she told them she wanted to study at an art school she had heard about. It was particularly heartbreaking when her teacher said the same. “In Senior 3, we applied to attend Advanced Level schools. I asked if there was a school where I could study art, but my teacher told me it wouldn’t be possible.” Madina felt like her dream was over.

When she completed Ordinary Level, Madina qualified to study languages, and her mother asked if that's what she really wanted to do. Madina said no and later explained that she wanted to study art. Her brother helped her to convince their mother, and she eventually agreed.”

Her parents helped her to apply for the Nyundo School of Art and Music, and she got in! She was so happy to be on the path to realising her dream. I asked Madina why it’s important for her to study art when she already has a talent for it, and she laughed: “It’s my talent but learning it is always good. It helps you to perfect your skills so you can keep improving.” Madina also told us that she used to make poor quality artwork, but now this rarely happens thanks to the lessons she’s learned at school. 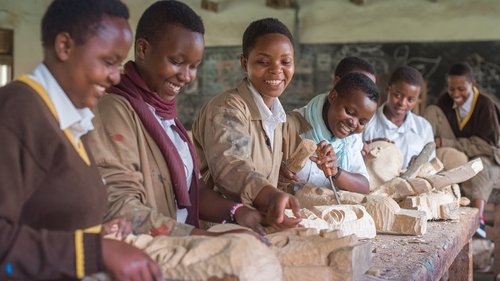 Being an artist can be challenging. “It requires strength, love and dedication,” Madina said. One day during the dry season the whole class had to make a plate, but the ground was so hard that they needed to dig to reach the soft clay. While Madina is happy with her achievements, she says people used to tell her that art was not worth the effort. Even Madina’s own thinking hindered her because she was afraid to tell her parents what she wanted to study. She thanks her brother, parents and classmates for supporting her.

She says to other Ni Nyampingas: “If you want to study something, and you have a gift for it, tell your parents. They will support you.”

Madina confidently told us that her journey is ongoing. Just like carving a tree trunk into an interesting sculpture or moulding clay into a plate, she is working hard every day to create her future. 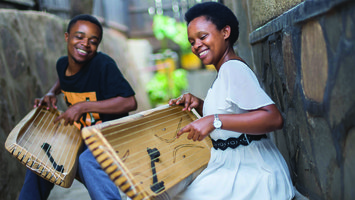