FROM STREET KID TO STAR PUPIL

They admitted me and said they would help me ...

Some people face challenges which prevent them from having and pursuing their life goals. This story, however, is proof that a person can overcome obstacles and kick-start a new life with purpose. Sixteen-year-old Umutesi* tells us how she found herself on the street after dropping out of school. She also shares how she later went back to school and started her journey to pursue her dream of becoming a doctor. Read Umutesi’s story in her own words.

When I started school, I loved maths and social studies. I loved school because I met my friends there and we had fun and would study together. But a few months before I started grade 1, I had an accident and spent a year at the hospital. I was the oldest in my class, and so I studied hard so I wouldn’t have to repeat that year.

After that time, my mother struggled to pay my school fees, and I was dismissed from school. But I still went back the next day. Then there came a time when there was no money at all, so I dropped out to help my mother raise my siblings. But I always used my classmates’ notebooks to read what they had studied.

One day, I saw my friends eating doughnuts, and I was curious about where they got the money. I thought I could do the same as a way to help my mum pay for my school fees because I really wanted to be a doctor. They told me they walked around the market and stole. They asked me to go with them, but I got scared because mum taught us to have good manners. But eventually they convinced me, and I joined them 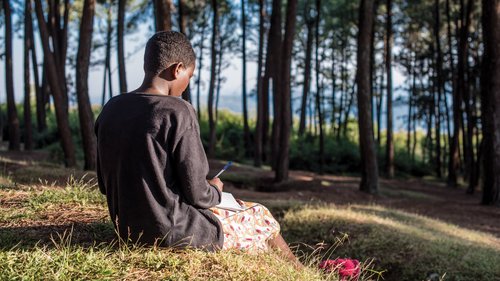 The first day was hard because I had to run and always hide. One morning, we arrived at the market, and the others began looking for stuff to steal. They started stealing potatoes, but I was scared. I saw a woman with lots of things, and I carried them for her then she gave me 150 francs. They started selling what they had stolen, but I just took them home as I didn’t know where to sell them. Then one of my friends got caught by the security, and the rest of us ran away. I hid behind a building. I got so scared to death, and I chose to look for another way to go back to school.

The next day, I decided to help my mother with her small business, but it didn’t really go well, and I felt lonely. One day, I saw my other friends coming from school, and I was surprised. They told me there was an organisation called “Abadacogora n’Intwari” that helps street children, pays their school fees and feeds them. When I heard about the organisation I asked if I could go with them. On the first day, I was scared to go through the gates as the children had told me they help street kids but I was not on the streets anymore. I went every day for a month but only stood at the gate.

One of the staff saw me and asked me to come and meet the people in charge. After meeting them, they admitted me and said they would help me revise different subjects for a year before going back to school. I was so excited and told my mum who was also very happy. Since that time, I have always studied hard.

A year later, I went back to school, but my classmates laughed at me because I had to repeat the class. I spoke to my mum about it, and she told me not to give up, but instead work hard and look for friends to help me. Eventually, I got comfortable being at school again and got 75% at the end of the term! 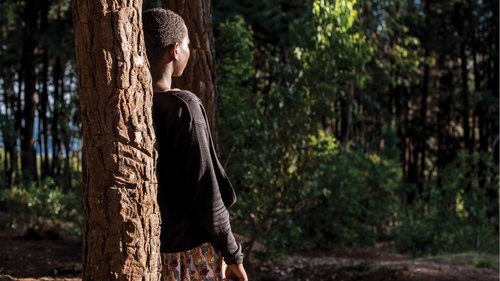 Sometime later, I did a national exam, but I didn’t pass. I was so sad and discouraged. My mum reassured me and told me to study even harder to pass it next time. I felt strong once again, and I remembered that I wanted to be a doctor and made up my mind to study hard.

I am now in Senior 1 in secondary school, and my life has changed. I no longer miss class, and I believe I will achieve my dreams.

I want to tell my fellow Ni Nyampingas that we all face various challenges in life, but knowing what you want to achieve is the key because whenever you get an opportunity, you know how to make the most of it. Don’t just do what your friends tell you to do if you’re not comfortable. Always focus on what is good and right for you. Finally, always remember that asking for help is a great thing to do and can sometimes make all the difference. 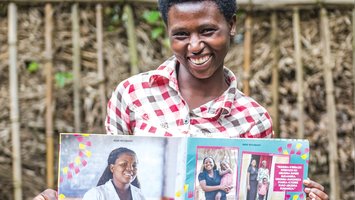 “When I learned I was pregnant I felt utterly hopeless”