Since she was a child, Natasha loved to disassemble electronic devices like ...

As more Rwandans move into urban areas and new appliances become widely used in the home, the risk of fire is increasing. When one Ni Nyampinga saw her neighbours’ houses burning down, she wanted to do something about it. Her solution: a tool that alerts people of the imminent risk of fire. We met 21-year-old inventor Natasha to find out more.

Since she was a child, Natasha loved to disassemble electronic devices like radios and phones to find out what was inside. This led her to love all things related to science. When she grew up and saw houses catching fire, she felt concerned and came up with the idea of a device that would alert people of the risk of fire.

“Some of my neighbours’ houses caught fire and the fire department found almost everything destroyed. It was then that I started to think about what I could do to help people predict fires and do something about it,” Natasha said.

As Natasha went about inventing such a device, she sought help from her school, Singhad Technical Education Society Rwanda, which helped her to get the materials she needed. “I immediately talked to the school administration and they accepted to support me. I searched on the Internet for the materials I needed. Then I gave the list to my school and, a few days later, they brought me everything I needed. They even supported me with lots of ideas which helped me to create the device.” 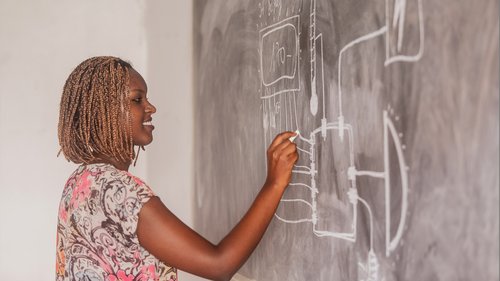 Three weeks later, the device was completed and the school helped Natasha to take it to an exhibition of ‘Made in Rwanda’ products. At the exhibition, many people liked the device and the government is now testing its effectiveness so that more people can use it.

Though she was supported along the way, Natasha told Ni Nyampinga that she faced some challenges. Her fellow students used to tell her that she was going crazy and that what she was doing was not going to happen. She also thought of giving up when the wires broke because it meant she had to start over. But she was encouraged by how her school leaders provided all the support she needed.

“When fellow students saw that I was not going to quit, they started to support me,” Natasha added.

Nzitonda, the head teacher of the school, told us that they are happy to support any student who comes up with an idea to create innovations that would respond to people’s needs. 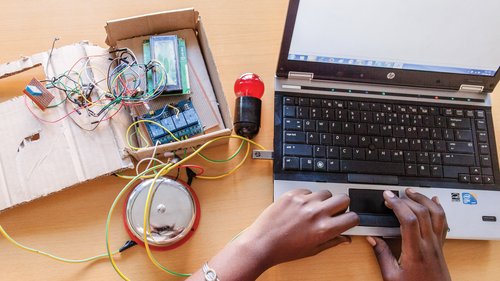 “It’s important to support young people who have ideas they want to see become a reality,” he said. Natasha reminded all Ni Nyampingas that they are capable, and that anyone can come up with a good idea to support their community: “We are capable. First of all, let’s identify problems in our communities, see how we can resolve them and then contribute by bringing solutions. If you have an idea, find someone you can talk to. They will definitely support you if it’s a good idea!”

CHARTING YOUR OWN COURSE

They work passionately and enthusiastically because they make a living out of it...