BETTER TO TRY AND FAIL THAN FAIL TO TRY

She asked her father, and he told her to pursue her dreams...

Meet Yezakuzwe, an 18-year-old Ni Nyampinga who is passionate about Science and Technology. Thanks to her father’s support, this budding scientist has developed the confidence and courage to pursue a career she cares about. Ni Nyampinga met with Yezakuzwe to learn more.

When Yezakuzwe was young, she dreamt of being a medical doctor. In high school however, she struggled in the core subjects she needed to achieve that goal. “I found physics and chemistry really tough," she said. Yezakuzwe started to lose hope and decided to study something else.

When Yezakuzwe showed her father the school report, he was disappointed: “I was sad because she always failed her science classes. When I asked why, she told me that the subjects were too hard.”

He reminded her that the success she had in other subjects meant she could do well in science if she was willing to put in the effort. Yezakuzwe wanted to perform well and decided to give it her best shot. When she started working hard and seeking help from her peers, her marks began to improve. 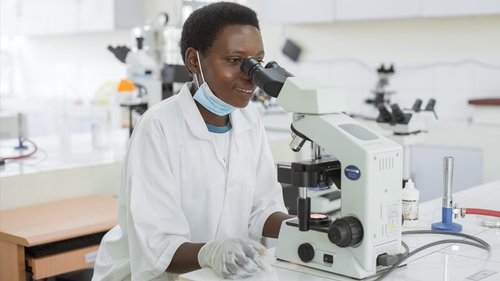 Although she loved science and her marks did get better, her fear of failure remained. Even after completing Ordinary Level, she wondered if she should quit sciences altogether. She asked her father, and he told her to pursue her dreams: “We were having dinner, and she asked me what she could study. I told her to do what she loved and not worry that it might be too difficult.”

His words motivated Yezakuzwe to choose physics, chemistry and biology. To help her with these difficult subjects, her father found a tutor to coach her during the holidays so that she would be prepared for Senior 4.

She passed the national exam in Senior 3 and was given her preferred option. Unfortunately however, she failed her Senior 4 exams. Yezakuzwe regretted her choice of subjects and all the time she had spent studying. She was terribly sad.

When her report arrived, her father realised that physics was still an issue. But he continued to reassure Yezakuzwe: “As a parent, I knew that being hard on her for failing wouldn’t help her to succeed. Instead I encouraged her to keep trying, stay determined and love what she does.”

Yezakuzwe told us: “I thought long and hard about it and decided to keep studying and seeking support. In the holidays I learned with others, and my parents gave me the time to revise.”

Regardless of the challenges she faced, Yezakuzwe realised that her love for science had developed into a love for teaching and helping others. Her newfound passion was rewarded with a scholarship to study biology and education at university, which will allow her to be a science teacher. “When I become a teacher, I will encourage those who might be struggling in sciences like I was.” Yezakuzwe’s father is very proud of what his daughter has achieved, telling us that he realised the role of a parent in their children’s education is about more than just paying their school fees. 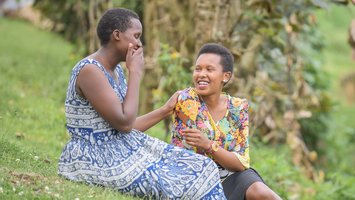 TIPS FOR A HAPPY FRIENDSHIP

Did you ask yourself about happy friendship? These are the tips