YOUR RIGHT TO KNOW

Sometimes girls are reluctant to discuss reproductive health and love because society thinks that such conversations are inappropriate. But that’s simply not true and every girl deserves to know how her body functions. While talking to 19-year-old Jeanne d’Arc, we learned that talking with her friends helped her to realise they needed more information about reproductive health, and so she consulted her local health centre. Let’s find out what happened next.

When Jeanne d’Arc and her friends first started talking about menstruation, the discussion went nowhere because some felt unable to open up, and one of them even said the topic was inappropriate. “Imagine if someone overhears this conversation!” She said. They stopped immediately, but Jeanne d’Arc’s curiosity was not satisfied. For the second time, a boy wanted to be in a relationship with her, and she didn’t know what to do. She thought about telling her friends, but was afraid they might make fun of her, and so she kept quiet. 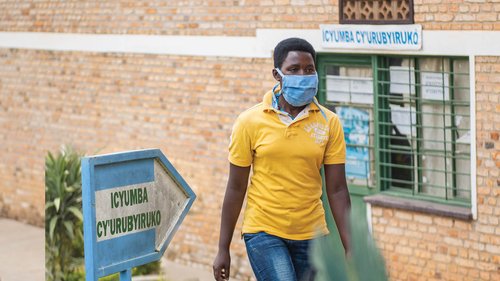 Finally, Jeanne d’Arc decided to share what was going on because the boy was insisting on the relationship. Surprisingly, she found that others faced a similar situation and this made her eager to find a solution. Jeanne d’Arc knew she could get support at a youth corner at the health centre, but before she visited she consulted her mother: “It was a hard topic to discuss with my mother because she didn’t understand why I was so interested in sexual and reproductive health. She thought I was being stubborn because I wanted to learn about something meant for adults.”

What happened to Jeanne d’Arc can happen to any girl who wants to learn about reproductive health because society can view it as inappropriate. Parents also worry about girls whenever they want to know more. But this mindset needs to change because girls have a right to this information, and it will help them to make wise decisions about their lives.

Even though they didn’t support her to seek information from the youth corner, she went anyway and returned home content. “I was relieved because I was too shy to ask at first, but I was welcomed by someone who was compassionate and didn’t judge me. She answered every question I had. Afterwards, I even went back with my friends to show them moral support.” The knowledge Jeanne d’Arc gained gave her the confidence she needed to say no to the boy who was pushing her to be in a relationship. 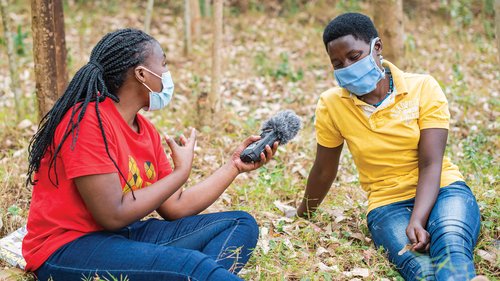 Jeanne d’Arc wants other girls to know that sexual and reproductive health information is vital: “It’s essential that I know how my body functions and any physiological changes I’m going through. This does not make me immoral. Rather, knowledge about myself makes me feel confident.”

Jeanne d’Arc was able to overcome community misconceptions. She sets an example for other girls to fight for their right to learn about their bodies and sexual and reproductive health. 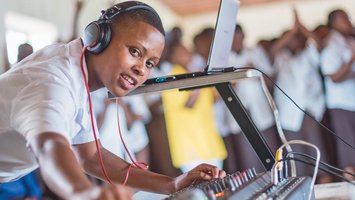