When we arrived at Belinda’s workshop in Gatsata, she welcomed us and told us that she has always enjoyed fashion and decorating. When she was in Senior Five, she started selling birthday and greeting cards because she noticed that students needed them and had trouble getting them.

“I started the business with the Rwf 2,000 I had left after buying school materials. I bought reams of paper and started making cards. I would sell them to students for Rwf 300 or 400 each,” said Belinda. By the time Belinda graduated from high school, she had earned Rwf 50,000 from her greeting card business. Her home was close to a garage, and she would always see them throwing away car tyres. That's how she came up with the idea of making good use of them.

“I had never seen that kind of business before, and I just knew that I had to do something with the tyres. The first two tyres I bought cost Rwf 250 each, and it took me a month to make my first chair because I didn’t know how. I learnt to upholster the chair, paint it, and many other skills. I still have that chair, and I will never sell it because I consider it a souvenir.” 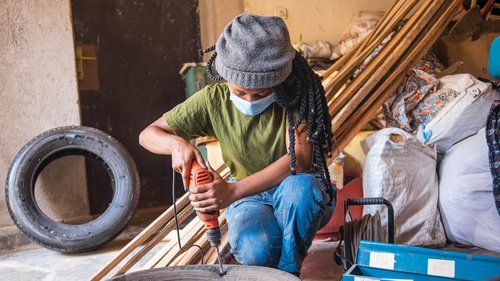 Initially, Belinda was working from home and when people learnt about what she did, they started buying her products and also told others about it. “After I realised that my products were popular, I decided to start a company called TAAKA Belinda’s Collection, which makes chairs and tables for the living room, bedroom, garden, and other areas.” Some of the challenges she faced in the early stages were the lack of space to work and experience. Some people also discouraged her because it wasn’t related to what she had studied in high school.

“People didn’t believe I would be able to operate the machines because I’m a girl and don’t look physically strong. But I worked hard, read a lot on the internet and operated the machines that people thought I couldn’t.” Eventually, people noticed her capabilities and some even asked her for a job or became her clients.

Belinda wants those who still believe girls are incompetent to change their mindsets: “A girl is beautiful when she has good ideas that bring her money, and she is independent. This makes her confident, she can believe in her own potential, and she earns respect. At this point in the year 2020, no one should still be having such beliefs.” 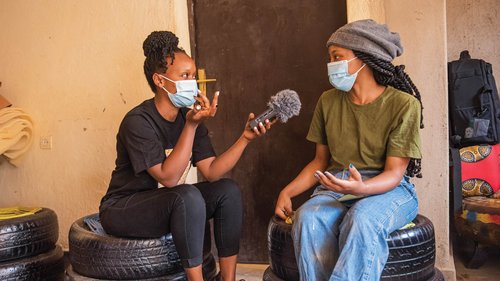 Today, Belinda has 17 employees. Apart from the business being her source of income, she also believes it is a way of protecting the environment as many car garages in Rwanda throw away old tyres or burn them, which can cause soil and air pollution. She was even given an award by the Rwanda Environmental Management Authority for her endeavour.

Belinda says she has experienced great success including her nomination in the Youth Connekt competition in which her project came third among twelve contestants. She also managed to get a full scholarship to her university because of her project, can now afford whatever she wants and provides employment opportunities to others.

Belinda’s goal is to start a school that teaches girls how to decorate and a sewing shop that employs only women: “I want to prove that girls are able and can do any profession.” She encourages fellow girls to be brave, pursue opportunities, work hard, and never give up, even when faced with challenges because the end result will be worth it. 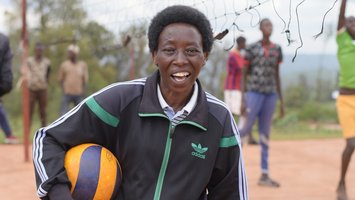 A game that helps them to have fun