I thought I could quickly achieve but I soon realised I didn’t have enough money ...

“I thought I could quickly achieve my goal of becoming a farmer if I worked alone, but I soon realised I didn’t have enough money or the knowledge to make it a reality,” says Yvette, who credits her team for helping her achieve her life’s dream of being a farmer. 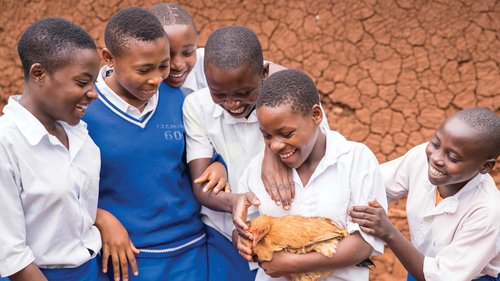 Yvette is 13 years old and lives in Nkombo, Rusizi District. When we arrived at her house, we saw two hens feeding in the front yard. Yvette immediately told us that she had always wanted to be a farmer. “I began with rabbits,” she said, explaining that rabbits breed much quicker than hens. “I started by saving a little bit of money, but after a while I found myself buying doughnuts, and I had to start over again and again.” Yvette decided to seek support from her circle-of-friends at school because she saw the success they were enjoying with their tomato business. 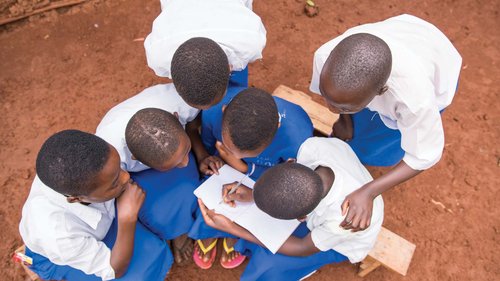 When Yvette approached them, she was asked to share her own goal. “When I told them what I wanted to do, everyone was interested and began thinking about how they could support me to start farming.” “We figured out what it would take to buy a rabbit in terms of time and money.” The team explained that it would be difficult to buy lots of rabbits at once. Instead, they suggested she save up and start with buying one.

The team then decided how each would help Yvette. One was tasked with getting information from her parents (who were also rabbit farmers) about the requirements of raising rabbits, including what they eat and where they live. Another was asked to find out how much a rabbit costs at the market. The team advised Yvette to save through the group so she wouldn’t be tempted to spend her money on something she hadn’t planned 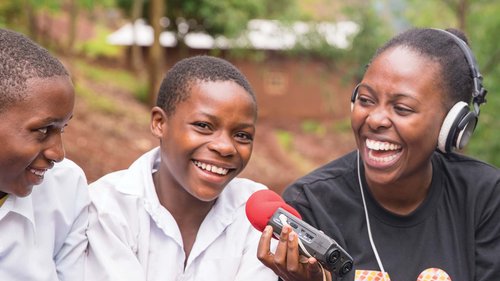 Four months later, after she accessed her savings, and her friends offered some extra money they had earned from their tomatoes business, Yvette bought a rabbit. After some time, she sold the rabbit and bought two hens because she wanted to do something that would make money quickly. Today, she buys materials for school such as notebooks, pens and anything else she needs with the money she earns from selling eggs. Yvette’s friends are really happy because their support and teamwork helped Yvette to achieve her goal. Today, Yvette encourages anyone who has an idea but is finding it hard to realise, to seek support from others who can help make it happen. 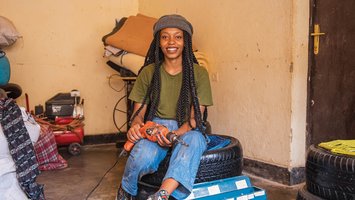