DISCOVERING WHO I AM

At a certain time in our lives, we start to think more about ourselves to better understand who we are. We start thinking about who we might want to be in the future and what makes us happy and content. Through the story of Evelyne, a Ni Nyampinga in Rubavu District who has a talent for acrobatics, I will show you that daring to try something new helps to discover and know yourself better.

I grew up trying different things to learn more about who I am. I wrote poems and short stories which helped me realise I am a good writer. I also became a leader of a debate club because I discovered I had a skill for public speaking. Today, I am a journalist at Ni Nyampinga and really enjoy my work. Discovering these skills early on helped me get to where I am today. I was fortunate to meet Evelyne, an incredible 15-year-old young woman. I was so impressed by how she took the time to explore what she likes and how this opened her eyes to the opportunities she might get in years to come. It really did remind me of my own experience. 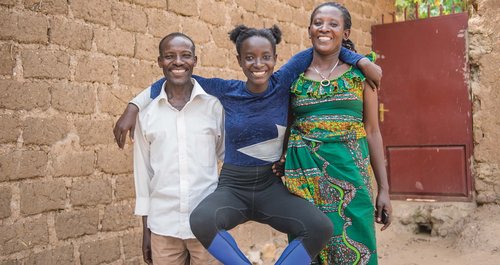 Evelyne told me that she loved acrobatics since she was young and could even contort herself to fit into a small box! Through such exercises, she built her strength and became very fit. As she pushed her body to the limit, she started to put on public shows. People were very impressed by her talent and would sometimes give her money. Evelyne saved up her earnings and bought a phone so she could research more about acrobatics on YouTube.

As she was also a fan of bike riding, she becomes curious to learn how to ride. She approached a neighbour who had a bicycle, and they taught her. Evelyne also loved to see people riding sports motorbikes and she quickly fell in love with them. By chance, she lives in a place where there are many motorcyclists. She approached them, and while she was asking them lots of questions, one offered to teach her how to ride a motorbike. Evelyne says that she loves all the things she does, and they help her to keep learning new things about herself. 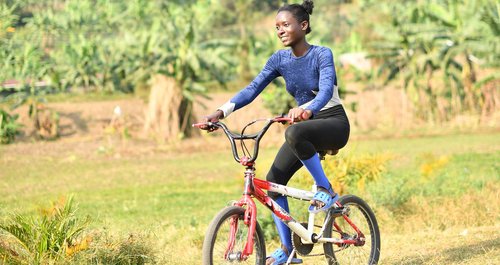 “Doing sport helped me to know that I shouldn’t be afraid of trying new things that can potentially help me in the future.” For instance, learning how to ride a bicycle helped her to find out that she is a quick learner, she told me. This helps in her studies as she is now aware that she has the potential to master anything she puts her mind to. Evelyne appreciates the knowledge she has gained from trying different things. At the beginning, however, her parents were not convinced. “There was a time when my mother stopped me from doing whatever I was doing, saying that is wasn’t for girls. But after speaking with my father and my aunt, she understood and even gave me time to practice.”

After learning more about herself, Evelyne thought about her future. She said: “I want to become a sports teacher or a professional cyclist.” From Evelyne’s story and my own personal experience, I have realised that trying different and new things is one of the ways which can help you to know who you really are as well as what you might want to do in the future. 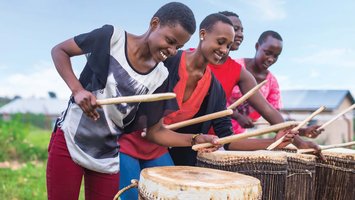 THE BEAT OF MY OWN DRUM