she has hope she will reach her goal...

“If you have a talent, share it with the world and use it to find solutions to your problems.” This is the advice from Janvière, a 20-year-old Ni Nyampinga who lives in Musanze district. Janvière loves fashion and has developed the unique skill of taking old shoes and making them brand new again. she also takes new shoes and makes them more attractive. Janvière does all this to earn money to pay for her university studies. in this article, Janvière tells us how she decided to start her business, and how it has helped solve her problems.

Janvière’s passion for fashion began when she was still at school. “It all started when I was at school and I used to make my own clothes,” says Janvière, who dreamt of becoming a medical doctor but later realised fashion was her biggest love

When she finished secondary school, she needed to do something to fund her university studies. She wanted to be independent and earn her own money rather than ask her parents for everything. It was then that fashion came back into her mind. She approached the tailor who used to make some of her clothes and asked her to teach her so she could start her own small business. “I like to make new things,” says Janvière who often wears colourful and attractive clothes

It was later that she came up with the idea to repair shoes and make them beautiful again. Janvière has never forgotten what motivated her to start the venture: “When you join university, it’s important to find a way to make money. Even though it’s only a small amount, it still helps. I searched for something to do so I could assist my parents in paying for my studies.” 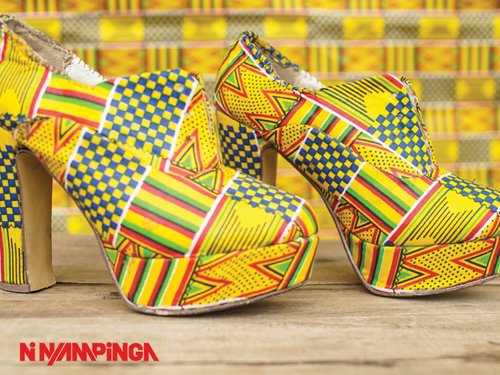 When we asked Janvière how far she was from achieving her goal of saving enough to go to university, she told us there’s still a long way to go, but that she has hope she will reach her goal because of how much she has saved since the year she started.

Janvière has not only saved money for her university studies, she has also gained valuable skills like problemsolving, identifying job opportunities, making friends, expanding her thinking, and never giving up.

When you hear how proud Janvière is, you might think reaching that point was easy for her. The greatest challenge she faced, however, was being discouraged by people who told her that what she does is not of value for someone who has finished secondary school. But Janvière knew what she wanted, and she went ahead and did it: “When you want something, you don’t have to pick the first thing you see. If I had started without a goal, I would have met many more challenges.”

Janvière says she owes much to her parents for being there and supporting her. She also thanks her tailor for teaching her how to sew for free, and for advising her.

Janvière says that young people should be fearless and speak their mind. She believes that all young people need to start looking for solutions within themselves, and that there is dignity in all work. “Every job is a job, and what you do is what gives you value.” 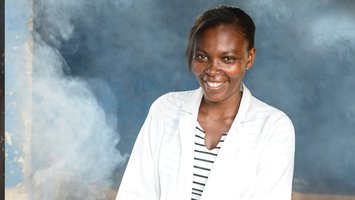 She chose to roast meat and then started to learn how to do it...