MY VOICE, MY LIFE

Some people still think that girls shouldn’t make their own decisions. But we know that’s not true. A girl has the right to be heard and contribute to the decisions that affect her life. Twenty-one-year-old Esther is one girl who is able to express her opinions and make her own decisions. She convinced her father that she wanted to learn sewing, and is really happy with her progress. Let’s listen to a conversation she had with her father.

Esther: Even though I was born deaf and mute, I started school at the age of five and my school had vocational courses, including sewing.

Papa Esther: Back then, I wanted you to pursue sign-language journalism, teach sign language or something similar. 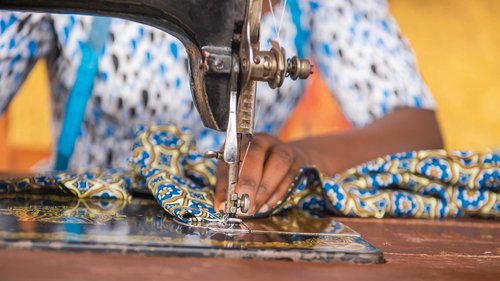 Esther: I didn’t know that’s what you wanted me to do! When I was around 12 years old, I discovered that I liked sewing. I started by practising with the support of other students who were learning it at my school. I dreamt of becoming a great tailor.

Papa Esther: I didn’t like the profession because I noticed tailors in our area don’t make much money from it. I guess I considered it a ‘cheap’ job.

Esther: Luckily, you never told me your views and I carried on working towards my dream. At the age of 19, I realised that it was my choice to decide my future and aspirations. I decided to pursue what I love and to make the most of it. When you came to visit me at school, I told you I wanted to be a tailor. it. Do you remember when we discussed that, and I explained it was my passion, and that I wanted to make it my career?

Papa Esther: I was sad when you told me, and I remember saying that I needed to give it some thought. I spent three weeks without responding, wondering how I was going to see you struggle like tailors back home. But your persistence and determination made me think deeply about whether I was right. I remember I asked the school principal for their opinion, and I later changed my mind and gave you the go-ahead to become a tailor.

Esther: I was so happy when you finally accepted, and I could study what I love and go on to do it as a profession. I’ve now mastered it and I am earning money as a tailor. It would have been very mean to deny me that chance!

Papa Esther: Absolutely! I am proud of your progress, my daughter! I’m glad you spoke up about what you wanted in life. I urge other parents to listen to their daughters because they are bright and can plan for their futures. We shouldn’t underestimate their ideas nor dictate what they should do.

Esther: Ever since I learnt that girls shouldn’t let other people decide things on our behalf, I’ve come to understand that our voices play a vital role in our own development. My advice to all girls is to be confident, tell your parents about your dreams for the future and explain to them why you want to pursue them, as well as the benefits. I have no doubt that you will attain your goals! 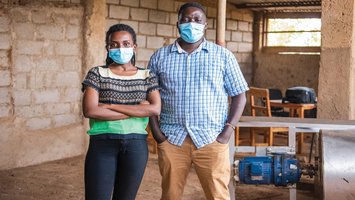 PAVING THE ROAD TO SUCCESS