Placidie is a super-fast sprinter who has won nine medals since 2014. Whilst she was busy training we managed to join her for a chat and a jog together. The talented athlete told Ni Nyampinga more about how she got to where she is today.

For 22-year-old Placidie, it all began when she outran her classmates during a fitness test in primary school. Her family told her that she might have inherited the talent from an aunt who was also a quick runner. When she heard about her aunt’s competitive experience, her love for running grew, and she became determined to do it professionally. From that time on, Placidie has competed in a range of running tournaments, no matter the distance. “In 2015, I participated in and won races at the sector level and even higher, but when it came to the national competition I was defeated! The race was 5,000 metres,” said Placidie. “This had happened twice. 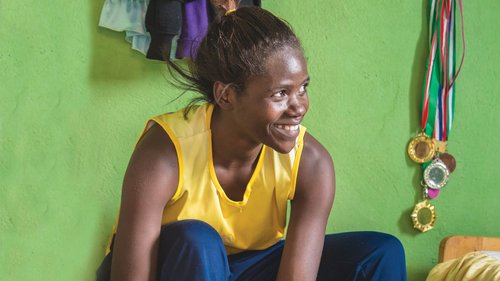 I would run and finish in fourth place, and only the first three placegetters would get a prize.” Later, Placidie discovered that her powerful running style meant she was better suited to 100 and 200-metre races because competitors in these categories need to run very fast. When she started sprinting, she began winning trophies and has never looked back. Placidie told us that it was really tough whenever she didn’t place, and that she sometimes became discouraged. Despite this, she managed to learn from the experience: “Accepting defeat helps me to see what I did wrong and correct it for the next race.”

Placidie faced another challenge as well. She didn’t have a professional running track in her community where she could train, but she soon found a solution. “There is a football field near my house and that’s where I exercise. I run different distances to know which races are best for me, and so I can improve my endurance,” she said. Placidie also warms up with some of the footballers who play there, before doing her own training.

As a community youth leader, Placidie gets to know about upcoming races, and this ensures she can take part. In 2014, she won her first medal during a high school tournament organised by the district. She went on to win two more medals at the district level, and one at the provincial level. Last year, she won three medals at national secondary school tournaments. Today, 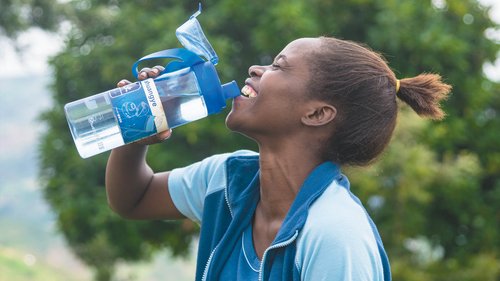 Placidie represents Rwanda at international competitions, including a recent athletics event in Uganda. “My love for what I do keeps me motivated, helps me to set goals, continue my training and be aware of any upcoming races,” she said. Placidie told Ni Nyampinga that her success on the track is thanks to a number of things: the support she receives from leaders, friends and family, lots of training, and her passion for a sport that also keeps her healthy. 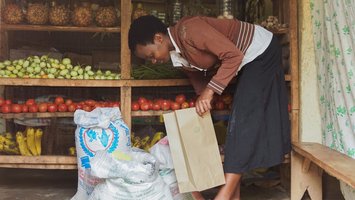 At the beginning, I faced many challenges...