Visiting Bisesero Secondary School, I heard loud, energetic music coming from the multipurpose hall as soon as I arrived. I wanted to know what was going on and when I approached, I found Benigne was DJing to an excited crowd. She had impressive equipment to mix the music including a mixing desk and laptop. Playing Rwandan hit songs, she had her fellow students on their feet dancing to the beat.

“If ever I was sad or had problems at home, I would go to my room and turn on the radio. Listening to music changed my mood,” said 17-year-old Benigne who listens to music in her free time because she loves it so much. 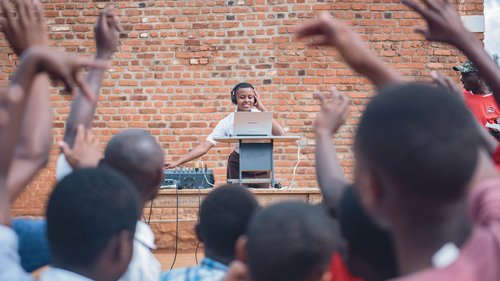 When Benigne was in Senior Two, she started learning how to deejay. At school, Benigne learnt that there had never been a female DJ there before. Asking why, they told her that girls are afraid because they think it’s only for boys. Benigne approached one boy who used to do it at her school and asked him to teach her. He accepted.

“I spent nights practicing. I read online articles on how to use Virtual DJ, one of the applications that DJs use. I was always happy when I did this, I was never sad.” 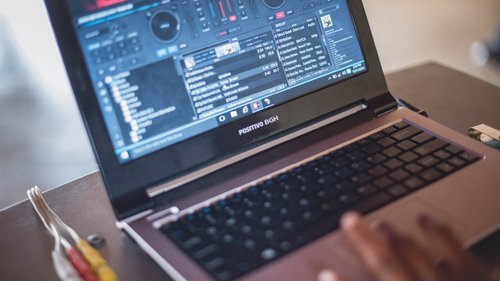 fter that boy graduated, Benigne took over as the official school DJ. Doing something a girl had never done before inspired her female friends and some even asked her to teach them.

We also spoke with Desire, the school prefect in charge of studies and discipline, who told Ni Nyampinga that Benigne’s love and courage for what she does makes it easy for them to support her: “We give her time to practice and the school sound system to use when she needs.” 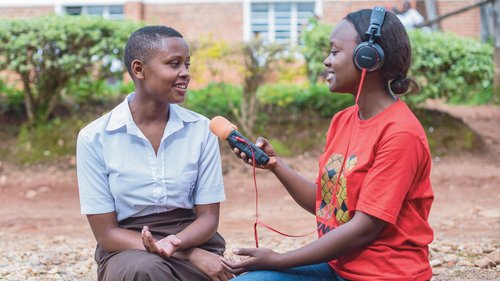 Benigne showed us the happiness she finds in music. “Music is medicine and when I listen to a song, I learn new words that can change my whole life. When I play music and make other students happy and dance, this is even more rewarding.”

One of Benigne’s friends, Innocente, told us that Benigne loves to sing new songs and teach them the songs as well, motivating them to also do what they love most.

Benigne encourages other young people to do what makes them happy because when you are happy and have peace of mind, you can easily do anything you set your mind to. 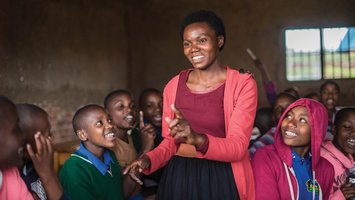