MY GUITAR GIVES ME LIFE

Even though she had never tried before, she quickly developed a passion for playing...

“I never thought I would play the guitar, but life had other ideas,” said Ritha when Ni Nyampinga visited her to find out how she learnt to play. She also shared how the instrument helped her express her emotions when she was in hospital. We met her sitting under a tree, singing and playing. Her mother was by her side, clapping to the rhythm, and we started singing along. When she heard us, she opened her eyes and we began to chat.

Ritha is 18 years old and has been playingthe guitar since she went to hospital for a throat operation that left her temporarily unable to speak. “All I wanted was to have fun and drive the boredom away," Ritha said

Ritha has always liked listening to music. Her interest grew when she was in hospital, and her guitar was the only thing that kept her mind busy. Even though she had never tried before, she quickly developed a passion for playing and singing: “Watching people play or sing made me love it even more, and I wished I could do it myself," Ritha said.

One day, Ritha’s mother asked her children what gift they wanted, and Ritha asked for a guitar. Her mother was surprised because she had never seen her daughter play. She asked Ritha to think about it again, but Ritha insisted: “I want a guitar!”

Realising that Ritha had made up her mind, her mother bought the guitar. When Ritha saw it, she was overwhelmed with joy: “I was so happy that I took my guitar everywhere I went, but at the same time, I was sad because I didn’t know how to play.” 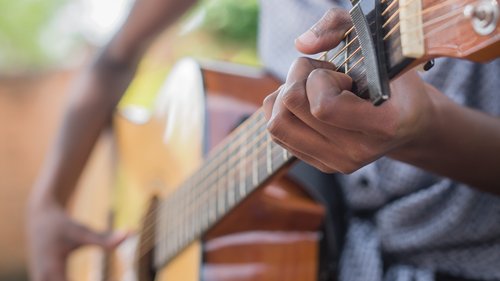 When Ritha was in the hospital due to tonsillitis, she had her guitar with her. One day, the doctor came in to check on her and noticed the instrument. He asked Ritha’s mum who it belonged to, and she explained it was her daughter’s, but that she didn’t know how to play.

That same evening, the doctor asked Ritha which song she liked. He picked up the guitar and played that song. When Ritha’s mum saw how happy it made her, she asked the doctor to teach Ritha how to play.

It wasn’t long before Ritha started lessons, even while she was in the hospital. After work, the doctor would teach her. “I was slow, and I got discouraged but my mother reassured me every step of the way," Ritha said.

After learning the basics, Ritha started teaching herself using YouTube – a website with videos about different topics, including music lessons. 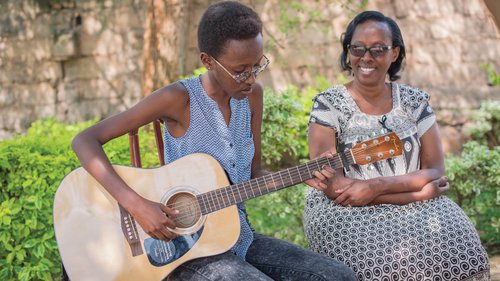 The guitar has changed her life: “When I played, I stopped thinking about my illness," she told us. This gave her strength because she realised playing helped her to connect with her family despite her condition.

Ritha thanked her doctor and he encouraged her to start singing because she had made a full recovery. Ritha now sings and plays the guitar. When she had the chance to do both at her sister’s wedding, the guests really enjoyed it and danced along.

Ritha is grateful to her mother for buying the guitar and helping her to learn how to play. Since then, be it while learning guitar or at the concerts where she performs, her mum has always been by her side 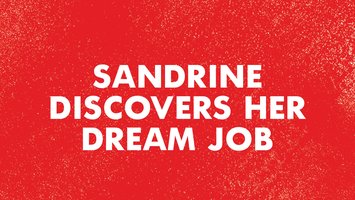 Watch this video to find out how she does it