“Recognising an opportunity is one thing, but knowing how to make the most of it is really the golden ticket.” These are the words of Assia, one of Rwanda’s most famous movie actors. In an interview with Ni Nyampinga, the 24-year-old, who you might know as Rosine, reveals how she created amazing opportunities in acting, and how they helped her to be who she is today. Thanks to her profession, she is now a university graduate and an entrepreneur.

NN: Many people call you Rosine, is that your real name?

ASSIA: (laughing) No! Rosine is the name of the character I played in a movie called “Intare y’Ingore”. That movie is one of the most popular movies I acted in, and it made people identify me with it, but my real name is Assia Mutoni. 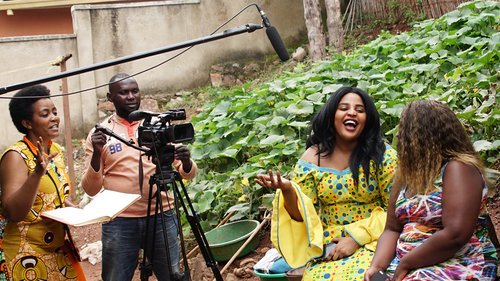 NN: How did you make your start in acting?

ASSIA: It all began when I acted in drama sketches in primary school. I was part of drama teams from our cell, and we often acted in ceremonies. One day, I acted and they gave me rabbits as a reward and that made me so happy. This really helped my passion for drama acting grow. When I graduated from high school, I went to various casting sessions, but I often got minor roles, which made me so sad. Then I decided to write my own film, and I gave myself enough time to act in order to show the talent I had within me. But I needed money to make the film, which I didn’t have. I approached my parents who gave me a small amount of money, but only after some time as they had to save up to collect it. Then I made my film, “Ejo Heza”. When it was finally out, people started knowing about me, and they asked me to act in their films.

NN: Did you know much about making films?

ASSIA: At school, I was the one writing the scripts and helping the team to rehearse. So I wrote the story and selected the cast. Most of them were in the drama team back at school. I searched for a professional film director to help, and with the skills and knowledge I got from other sketches I had done, I showed the cast how to act.

NN: You’ve now acted in various films, which one was your favourite?

ASSIA: I have acted in lots of films, but I have two that were my favourite, including “Giramata” in which I acted as a disabled girl. I loved this because I felt like I was playing an advocacy role for people with disabilities. The other film I will never forget is “Intare y’Ingore”. It was a great foundation for all the achievements I have today, and it enabled me to get various awards. 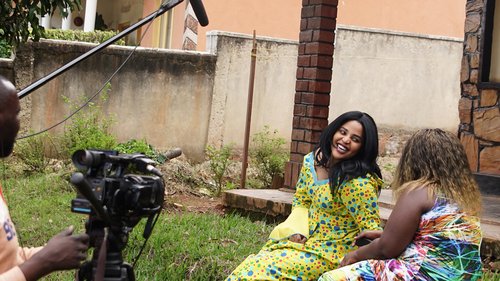 NN: So, that was a kick-start to build what you have achieved today?

ASSIA: It made me famous, I got the chance to advertise for commercial companies, and I managed to save some of the money I earned. From this, I opened a restaurant that is still operating today. With the knowledge I got about body lotion and perfume from the brands I advertised for, I also started selling cosmetic products. I did that while also going to university.

NN: So, acting, university, advertising for commercial companies, and your personal business, how do you manage all of that?

ASSIA: I love working; I don’t think I could stop any of these things because there is something I got from each one. The most important thing is to be punctual. I also had people who helped with selling my films. I focused much of my efforts on studying and acting.

NN: Is acting an easy profession?

ASSIA: No... as you may have seen, there have been many headlines recently about exploitation in the industry. This is really hard to navigate. You have to stay true to yourself and know what is and isn't acceptable to you - and stay strong. Also, audiences often think you are the character that you're playing, which can be hard, because they think you are someone different from who you are. If your character does something bad, they hate you for it. Through it all, my focus has been on knowing who I am, and what I want to achieve. 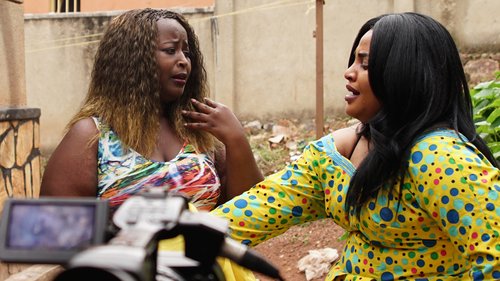 NN: From your experience of makingvthe most of the acting opportunity, what advice do you have for young people?

ASSIA: Recognising an opportunity is one thing, but knowing how to make the most of it is really the golden ticket. My dear friends, recognise the opportunities you have, use them, think big, and know that you need to make some sacrifices to achieve great things. 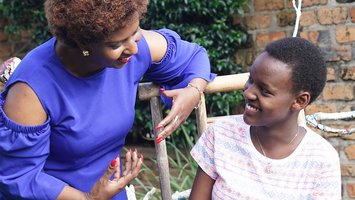 WRITING HELPS ME EXPRESS MYSELF