Though some of the financial issues were complex, Elevanie was not discouraged.

“When I was growing up, I lived with my uncle and his wife who were both deaf. Communicating with them was difficult, and so I studied sign language. It made me think about children with this disability who can’t talk to their friends. So I decided to start a school for them,” said Elevanie, who founded a school for deaf children in Gatunda, Nyagatare District.

In the beginning, Elevanie found communicating with her uncle and his wife an issue because she didn’t know any sign language. “I was so sad because I couldn’t have a conversation with them." Elevanie asked her neighbour to teach her sign language, and she soon mastered it.

One day, Elevanie met a young deaf child who had dropped out of school because of her disability. Elevanie began to teach her sign language, and it made her think about the children who weren’t getting an education: “It was then that I had the idea to start my own school.” Elevanie was just 20 at the time.

Elevanie went to the district authority to present her idea. At first, they didn’t understand, but with time they embraced it and even encouraged children to study with her. She started with five students and taught them at her house for free. 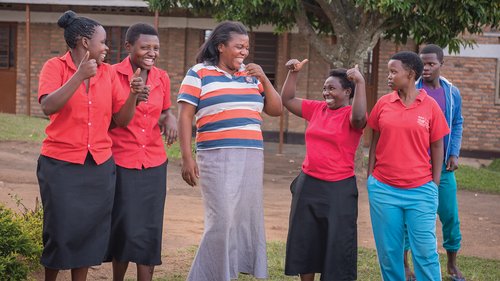 “My goal for these children was to help them feel valued and acquire the knowledge they need for their future," said Elevanie, who worried that if communication for older deaf people was difficult, then it would be especially hard for kids.

As time went by people in the community noticed that her students were becoming more social, and they encouraged others to attend the school. Eventually 30 kids were enrolled, and her house became too small for the school. Elevanie asked the district for a classroom, and she was given two rooms. She taught her students to be confident, to have good health and hygiene and other important lessons on top of sign language classes.

While she has achieved a lot, Elevanie told Ni Nyampinga that there were some bumps along the way: “People told me I should try to earn a living rather than give all my time to teaching. But I explained why it’s important and they came to understand; some even supported me.”

Other challenges included a lack of funding which made buying materials and paying staff difficult. When she asked people to volunteer they didn’t really understand the concept, so she turned to her friends. Some of them had studied construction, sewing and other skills and they agreed to help out. Elevanie taught them sign language, and they started teaching the subjects they had studied. 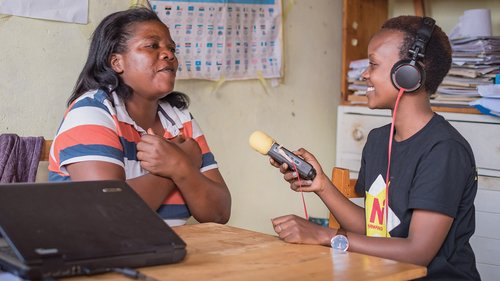 Though some of the financial issues were complex, Elevanie was not discouraged, and she persisted until she found an international partner that offered to pay the staff’s salaries and provide basic support.

Today, Elevanie is proud of the milestones the school has achieved. The current 123 students come from across the country. Some are in primary school while others are studying to develop careers in sewing, decoration, hairdressing and construction. Grace, who studies at the school, told us that it has changed her life: “I never imagined I would get this far in my studies. I used to watch children of my age go to school wondering if I could do the same. Now I study sewing, and I can read and write. I know these skills will help me in the future.” 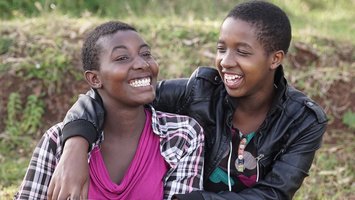 THE POWER OF FRIENDSHIP

...But not only just family they are also great friends.